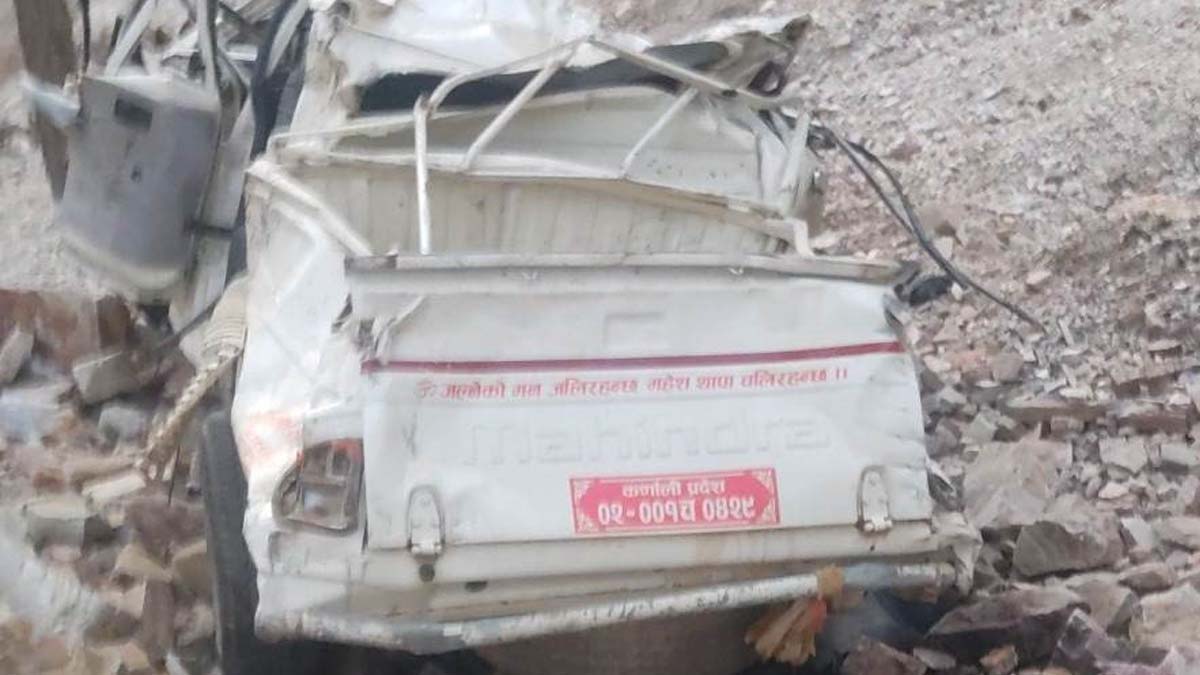 Eleven people have been killed in a jeep accident that took place in Chhedagad Municipality of Jajarkot district.

Nine persons died on the spot while two succumbed to injuries while being taken to hospital for treatment. One is seriously injured.

A Bolero jeep with the registration number 02 001 Cha 429 was met with an accident near Bhirpati while it was heading towards Wadawan from Chhedagad Municipality- 4 and 5’s Dashera.

Twelve people, including the driver, were onboard the ill-fated jeep.