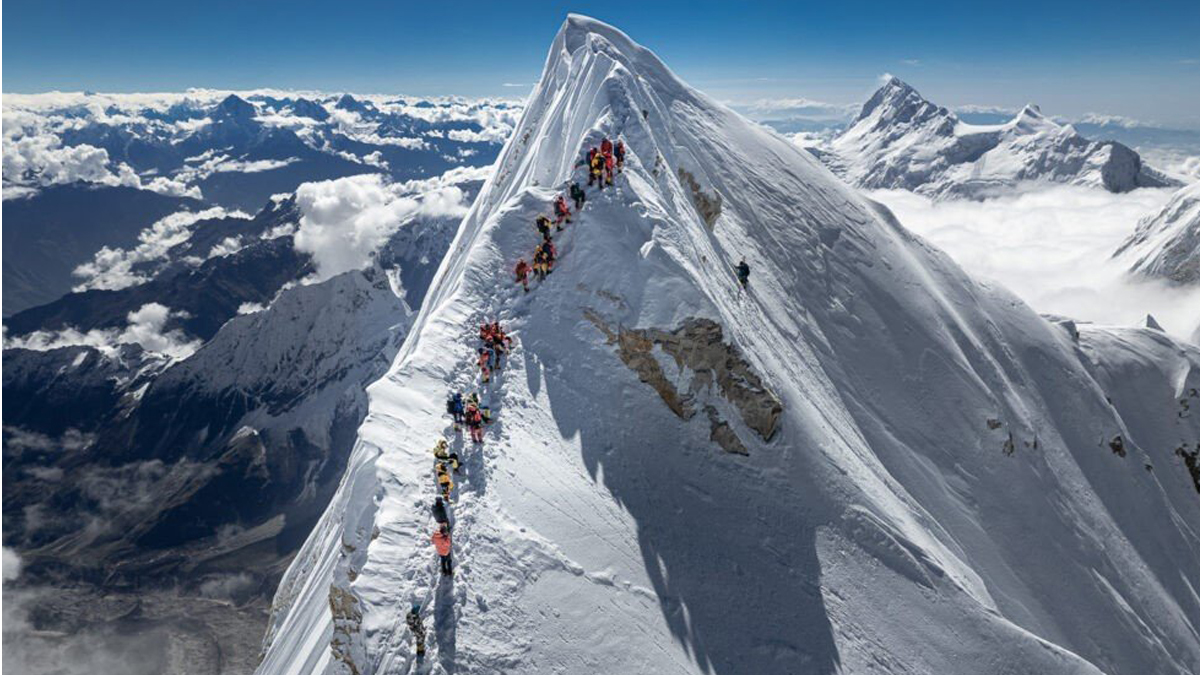 A total of 161 have so far been successful to climb the Manaslu peak this spring season. According to the Department of Tourism, 77 foreigners and 84 Nepal reached the top of Manaslu measuring 8,163 meters high this spring.

Department’s Mountaineering Section’s officer Bigyan Koirala said this time 407 foreigners acquired permission to scale the mountain, but only 77 made it.

They were accompanied by Nepali Sherpa guides to the peak. Now the expedition to Mount Manaslu has been completed while it continues on other peaks. The number of Manaslu climbers this time is relatively less than in previous years.

The area above the Manaslu base camp witnessed an avalanche just prior to the commencement of the Manaslu expedition this season, killing one and leaving others injured. The incident occurred on September 26.

The mountain based in Chumanubri rural municipality in north Gorkha remains the world’s eighth highest peak and it lies along the Manasiri mountain range. (RSS)