5 killed by landslide in Jumla 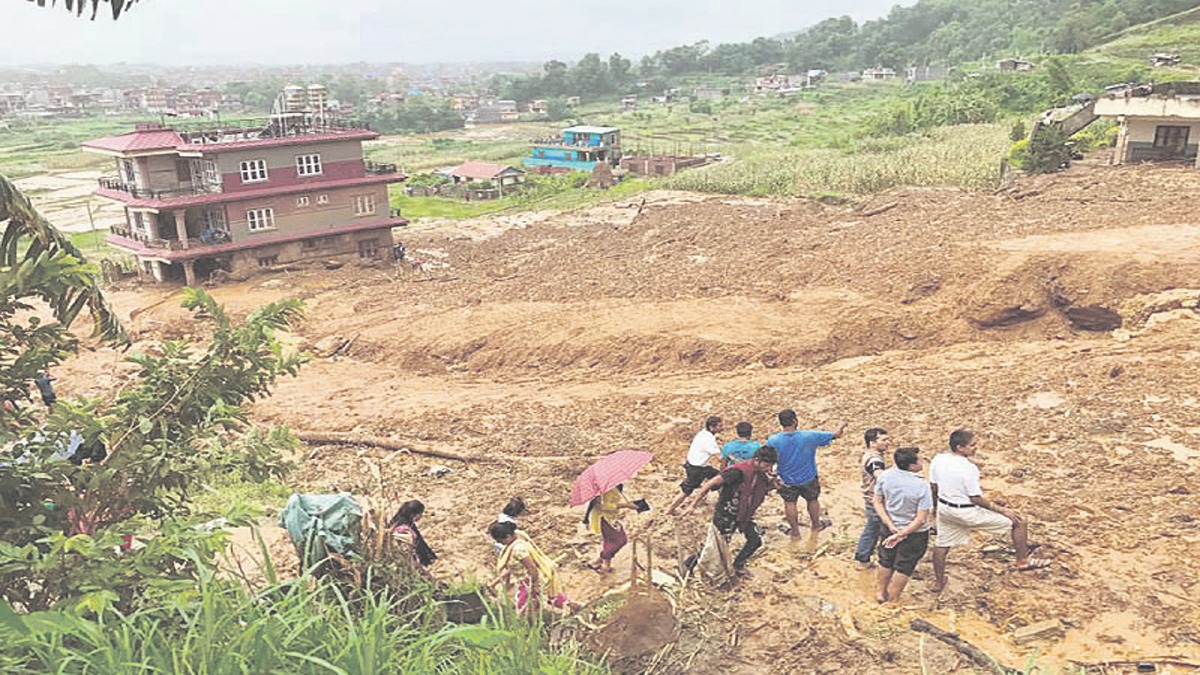 5 people have died and 2 more are missing due to a landslide in Kanakasundari rural municipality-5 of Jumla.

Ganesh Bahadur Shahi, his son Ramesh, Ramesh’s wife Pansara and their sons Anmol and Milan were buried in the landslide at a place called Barakote Bada , according to Chief District Officer of Jumla Mukesh Kumar Kesari.

CDO Kesari Kesari informed that 2 people were rescued from the site.

The injured are undergoing treatment at the local health post.

Search is on for Surendra Hamal and Ganesh Bahadur Shahi, who went missing in the landslide. They were buried when a landslide fell on the house around 3-4 am this morning.

Home Minister Balkrishna Khand has instructed the Home Administration and the Chief District Officer to intensify the rescue and ensure the rehabilitation of the injured.

A team comprising Nepal Army and Nepal police has reached the spot.