Al Thani: The reason behind the success of Qatar World Cup 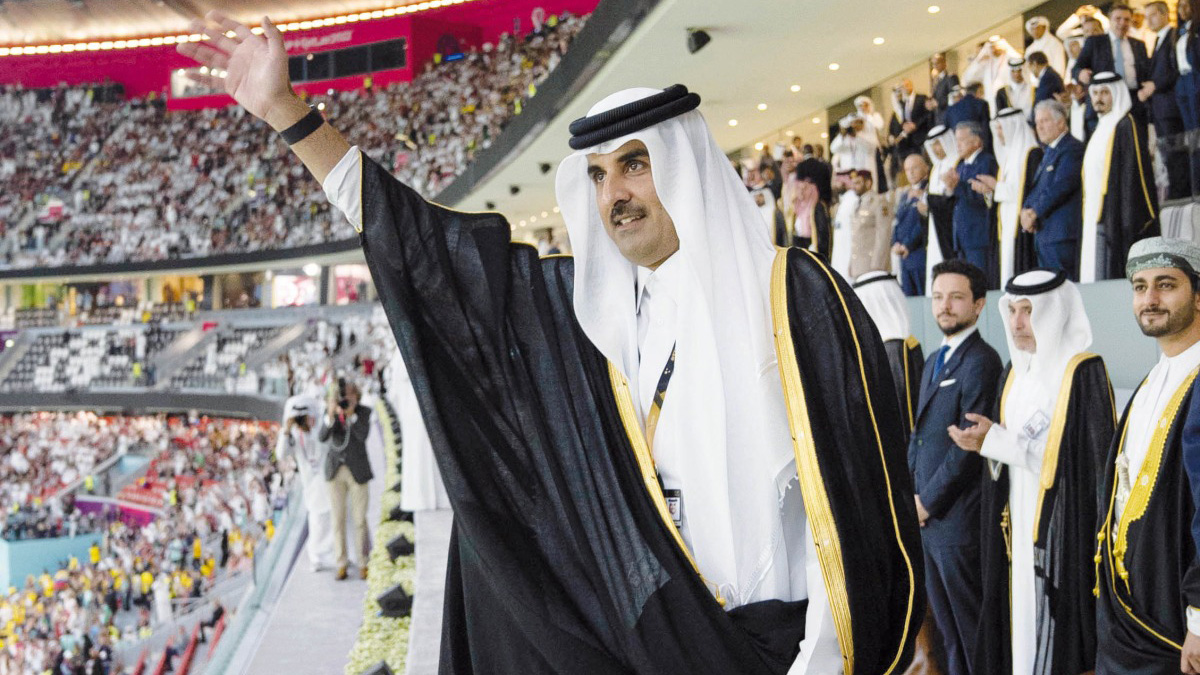 Sheikh Tamim bin Hamad Al Thani, the ruler of Qatar was in the eyes of everyone around the globe at the opening ceremony of World Cup 2022. At an opening, he kissed his father’s hand, former ruler Sheikh Hamad bin Khalifa Al Thani and welcomed the world to soccer’s biggest event, the first time it has been staged in the Middle East.

However, with the grand opening of the World Cup on Sunday, Qatar has silenced all its opponents and critics, and the credit for its success goes to Sheikh Tamim bin Hamad Al Thani.

Al Thani had been working in the field of health and sports in Qatar before his father, former ruler Sheikh Hamad bin Khalifa Al Thani abdicated in 2013 .

Al Thani succeeded in organizing the World Cup taking together his, patience, experiences, and challenges. A glimpse of this success was also reflected in his speech at the opening of the World Cup.

“From Qatar, from the Arab world, I welcome everyone to the World Cup 2022,” Sheikh Tamim bin Hamad Al Thani said in the opening ceremony. He said that the World Cup has brought people together of various races, nationalities, creeds, diversity, and faiths.

“Many people have worked hard with us to make this World Cup football tournament a success. We have taken all possible measures to protect humanity,” he said. He also expressed his belief that this competition will be a unique example of humanity and civilized communication.

“We believe that people from all corners of the world, with different ethnicities, religions, costumes, lifestyles, and different opinions will gather in Qatar and enjoy this interesting competition, similarly, we also believe that they will experience the same interesting moment in front of the television set in their homes all over the world,” he said.

Stating that the World Cup is a competition to connect people of different races, languages, and cultures, he wished all the competing teams for an attractive performance, high morale, and enthusiasm.

For the first time in the history of 92 years, soccer’s biggest event, the world football has been organized in the Gulf region.