Alliance is not a one or two-day journey : NCP(US)Chair Nepal 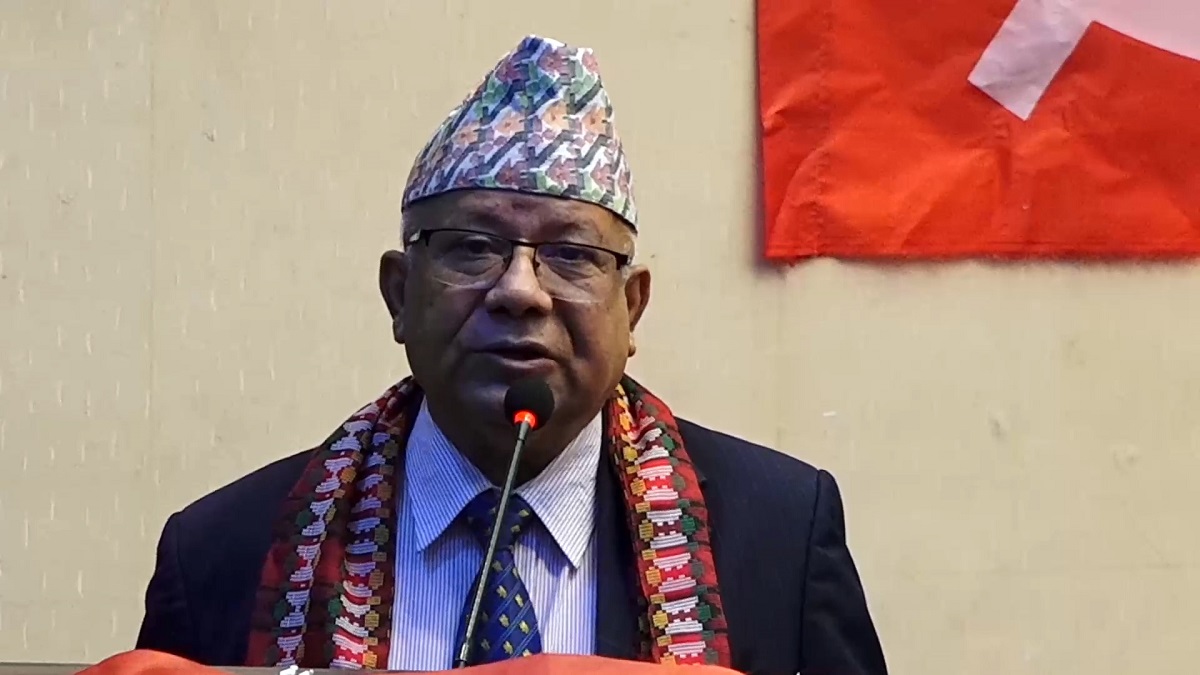 CPN (Unified Socialist) Chair Madhav Kumar Nepal has called for marching ahead in a common journey by forsaking ill will. He said so while addressing the Bagmati province-level cadres’ assembly organized by the ruling Left-Democratic Alliance here today.

The Alliance organized the gathering in view of the upcoming November 20 election to the House of Representatives and Province Assembly.

The Unified Socialist Chair urged the voters to make the common candidates of the Alliance victorious in the elections, saying that the Alliance’s collaboration and campaign will continue in the coming days as well.

Recalling that they in the alliance had moved ahead taking on a big challenge, the former prime minister said that a revolt was waged against the then CPN (UML) leadership’s thinking oneself as above the constitution, the state and the party.

He said that the Communists and the Congress together had made the movement for establishment of republic successful, urging the voters to vote for the Alliance’s candidates to defeat the ‘regressive coalition’ for upholding justice and building an equitable society.

Leader Nepal insisted on implementing the plan for economic development and prosperity on the basis of the country’s unique condition, suggesting increasing agricultural production by employing scientific methods, creating maximum employment opportunities within the country and utilizing the natural resources.