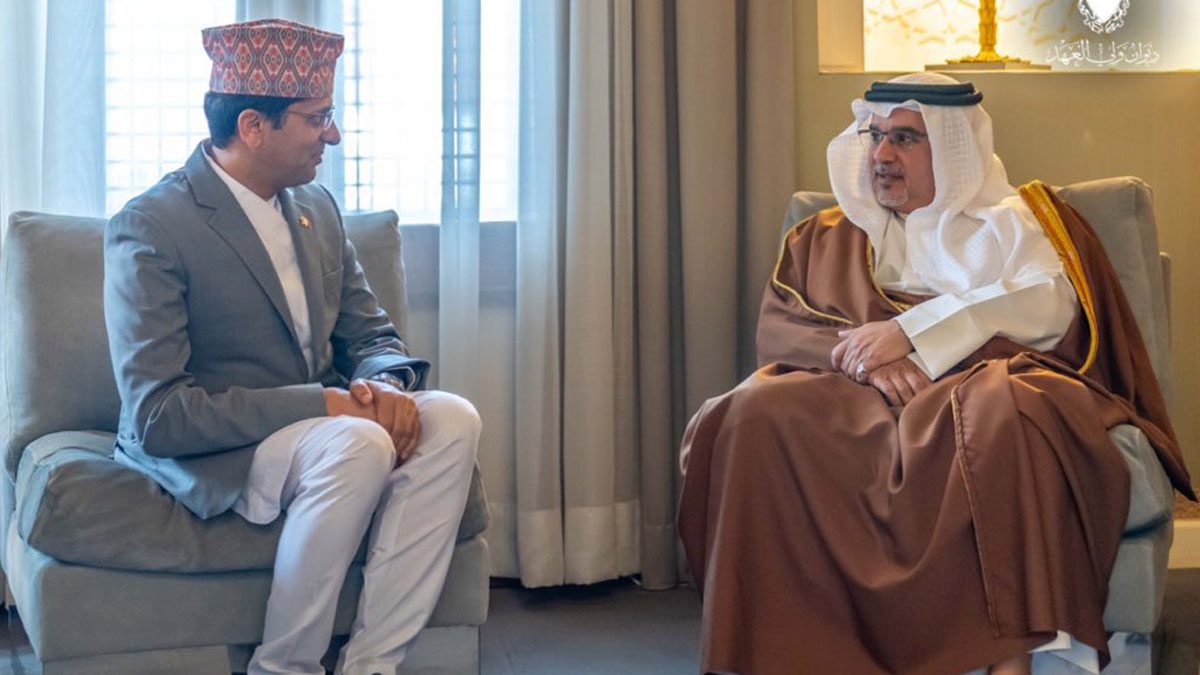 During the call on, HRH the Crown Prince and Prime Minister of Bahrain welcomed Ambassador Wagle to Bahrain and wished him success in his diplomatic duties.

On the occasion, both sides reviewed the overall bilateral ties while underscoring the role of Nepali people working in Bahrain in promoting people-to-people relations and their contribution to the Kingdom’s progress. Views were exchanged on further enhancing cooperation in areas of common interest including productive employment, air connectivity, trade and tourism between Nepal and the Kingdom of Bahrain, the Embassy of Nepal in Manama said in a press release.

The Ambassador also briefed HRH the Crown Prince and Prime Minister of Bahrain about the recent political development, socio-economic situation, and business and tourism opportunities in Nepal. Further, the Ambassador commended the Kingdom’s implementation of inclusive policies, promotion of peaceful co-existence, dialogue and international cooperation as well as inspirational development achievements.

Ambassador Wagle expressed his gratitude and appreciation for the opportunity to meet the Crown Prince and reiterated Nepal’s commitment to work toward consolidating and strengthening the bilateral ties with the Kingdom of Bahrain.

Ambassador Wagle also conveyed the warm greetings and best wishes of the Prime Minister of Nepal and the people of Nepal to the Crown Prince and Prime Minister, and the friendly people of the Kingdom of Bahrain for continued progress and prosperity.