As COP27 makes halfway, decisive negotiation is left to the political level 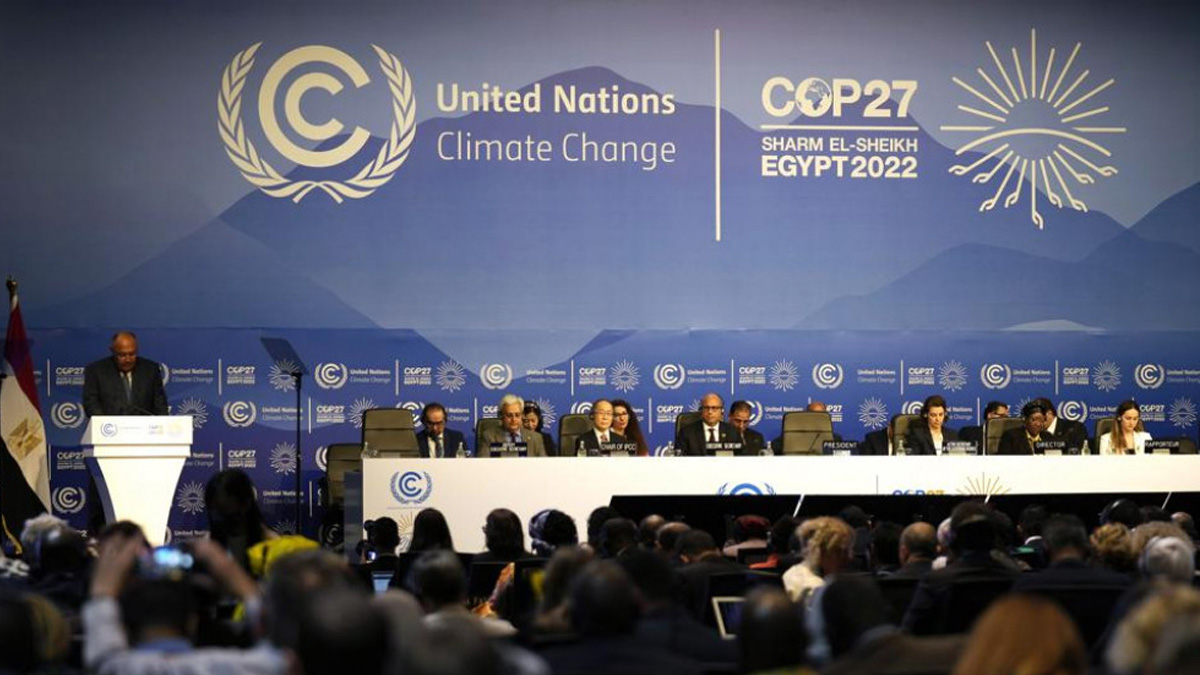 As the UN climate change conference, COP27, has come a halfway to the two-week-long event in Sharm El Sheikh city of Egypt, the world leaders have repeated the warning of ‘climate hell’, while decisive negotiations are now transferred to the political table.
Similarly, as in the previous years, the poor and least developed countries (LDCs) are univocal to remind the historic responsibility of the industrially developed and rich countries behind growing greenhouse gas emission and the brunt being borne by the small and under-resourced ones.
Since the beginning of the conference, various world leaders including UN Secretary General Antonio Guterres and world climate champion Al Gore addressed the event. Both Al Gore and the US President Joe Biden seconded the warning made by the Secretary General that the world was making headway to ‘climate hell’. It evidently shows a global urgency on climate change.
Similarly, other experts, observers and researchers have so far shared both hope and despair over the event delivery. Some positive campaigns and best practices shared in the conference and side events have built hope while the prospect of tough negotiation ahead to deal with the climate crisis is likely to shake trust.
Expert on climate change adaptation and development, Dr Lisa Schipper, mentions in a tweet, “Half the events I’ve attended at #COP27 are bubbling with positive examples of local action to address climate change. The other half warn against the absolutely massive scale and severity of the challenge. What’s being done is NOT ENOUGH without government commitments.”
Similarly, reviewing the first week of the COP27, a PhD candidate of geography at Cambridge University, Friederike Hartz, shared her observation with Rastriya Samachar Samiti (RSS) this way: “COP27 started out with a lot of hope, especially in the context of loss and damage. Getting a sub-agenda item on loss and damage finance was a historic success. Week two will now show what this was actually worth. A lot of work remains to be done for negotiators.”
Nepal has shared best practices of locally led climate change adaptation. The officials from the Ministry of Forests and Environment claimed that Nepal is the champion on climate change adaptation. Nepal is vibrantly raising the issues of loss and damage and impact on the mountain ecosystem this time.
The second week is awaited to see how effectively and convincingly Nepal and LDCs raise their concern.
In this regard, climate change specialist Bimal Regmi shared from Egypt, “The Nepali delegation has been very active in lobbying for additional financial resources for scaling out locally led adaptation and direct access to international finance. We aren’t arguing that the current financial instrument within the UN Framework Convention on Climate Change (UNFCCC) has failed to provide fast track financing to adequately support impacted and vulnerable communities.” He however suggested that it is time to reform these institutions.
Moreover, climate change negotiator for LDC, Manjeet Dhakal, shared from Egypt that the negotiations have now moved to the second week, where the ministers would take over and try to resolve divergence at political level.
When asked whether there was any significant achievement in the first week in the global climate event, Dhakal observed, “The progress on the first week was slow and many political differences are still to be resolved.”
According to him, the major topics are reducing emissions to limit global warming to 1.5°C, doubling support for adaptation, and establishment of dedicated funding for loss and damage. He commented that the negotiating texts are lengthy with multiple options that would require political breakthrough.
Meanwhile, climate expert Ngamindra Dahal said, “Major emitters intend to shift debate beyond the 1.5-degree centigrade target which will kill hope of the most vulnerable countries from the global south.”
A week to go, let’s see how the COP27, regarded as the implementation summit, will be able to act on fostering the common global agenda of ensuring a safe future for the entire humanity and planet.
Narayan Prasad Ghimire/RSS