At COP27, climate change framed as battle for survival 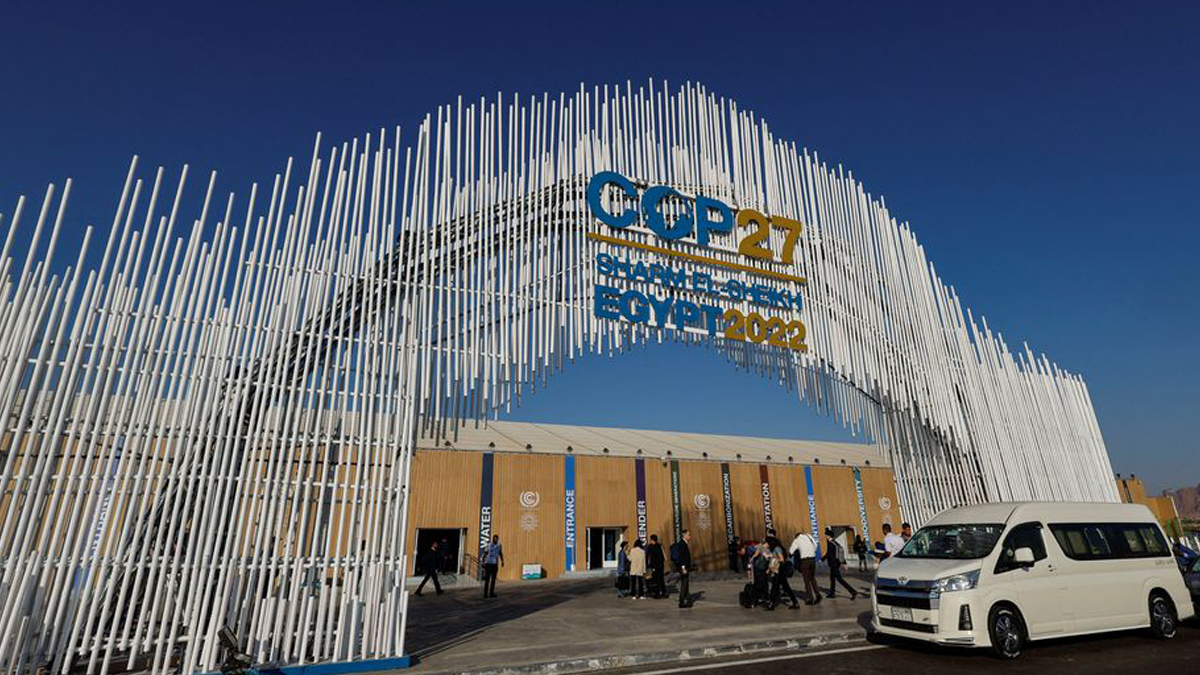 By William James, Valerie Volcovici and Simon Jessop, SHARM EL-SHEIKH, Egypt, Nov 8: World leaders and diplomats framed the fight against global warming as a battle for human survival during opening speeches at the COP27 climate summit in Egypt, with the head of the United Nations declaring a lack of progress so far had the world speeding down a “highway to hell”.

The stark messages, echoed by the heads of African, European and Middle Eastern nations alike, set an urgent tone as governments began two weeks of talks in the seaside resort town of Sharm el-Sheikh to figure out how to avert the worst of climate change.

“Humanity has a choice: cooperate or perish,” U.N. Secretary-General Antonio Guterres told delegates, urging them to accelerate the transition from fossil fuels and speed funding to poorer countries struggling under climate impacts that have already occurred.

Despite decades of climate talks so far, countries have failed to reduce global greenhouse gas emissions, and their pledges to do so in the future are insufficient to keep the climate from warming to a level scientists say will be catastrophic.

“Greenhouse gas emissions keep growing. Global temperatures keep rising. And our planet is fast approaching tipping points that will make climate chaos irreversible,” he said. “We are on a highway to climate hell with our foot on the accelerator.”

“We have a credibility problem all of us: We’re talking and we’re starting to act, but we’re not doing enough,” Gore said.

French President Emmanuel Macron said that, while the world was distracted by a confluence of global crises, it was important not to sacrifice national commitments to fight climate change.

“We will not sacrifice our commitments to the climate due to the Russian threat in terms of energy,” Macron said, “so all countries must continue to uphold all their commitments.”

British Prime Minister Rishi Sunak said the war was a reason to accelerate efforts to wean the world off fossil fuels.

“Climate security goes hand in hand with energy security, Putin’s abhorrent war in Ukraine, and rising energy prices across the world are not a reason to go slow on climate change. They are a reason to act faster,” he said.

While leaders tended to agree on the risks of global warming, their speeches revealed huge rifts, including over whether fossil fuels could play a role in a climate-friendly future, and who should pay for climate damage that has already occurred.

Immediately after Guterres’ speech urging an end to the fossil fuel era, United Arab Emirates President Sheikh Mohammed bin Zayed al-Nahyan took the stage and said his country, a member of the Organization of the Petroleum Exporting Countries, would continue to produce them as long as there is a need.

“The UAE is considered a responsible supplier of energy, and it will continue playing this role as long as the world is in need of oil and gas,” he said.

The UAE will host next year’s U.N. conference, which will attempt to finalise agreements made last year in Britain and at this year’s Egyptian talks.

Many countries with rich oil, gas and coal have criticized the push for a rapid transition away from fossil fuels, arguing it is economically reckless and unfair to poorer and less developed nations keen for economic growth.

“We are for a green transition that is equitable and just, instead of decisions that jeopardise our development,” said Macky Sall, president of Senegal and chair of the African Union.

Poorer countries that bear little responsibility for historic carbon emissions have also been arguing that they should be compensated by rich nations for the losses from climate-fueled disasters including floods, storms and wildfires.

Signatories to the 2015 Paris Agreement had pledged to achieve a long-term goal of keeping global temperatures from rising by more than 1.5°C above pre-industrial levels, the threshold beyond which scientists say climate change risks spinning out of control.

Guterres said that goal was possible only if the world can achieve net-zero emissions by 2050. He asked countries to agree to phase out the use of coal, one of the most carbon-intense fuels, by 2040 globally, with members of the Organisation for Economic Cooperation and Development hitting that mark by 2030.

The head of the International Monetary Fund told Reuters on the sidelines of the conference that climate targets depend on achieving a global carbon price of at least $75 a ton by the end of the decade, and that the pace of change in the real economy was still “way too slow”.

The World Trade Organization, meanwhile, said in a report published on Monday that it should tackle trade barriers for low-carbon industries to address the role of global trade in driving climate change. (Reuters)