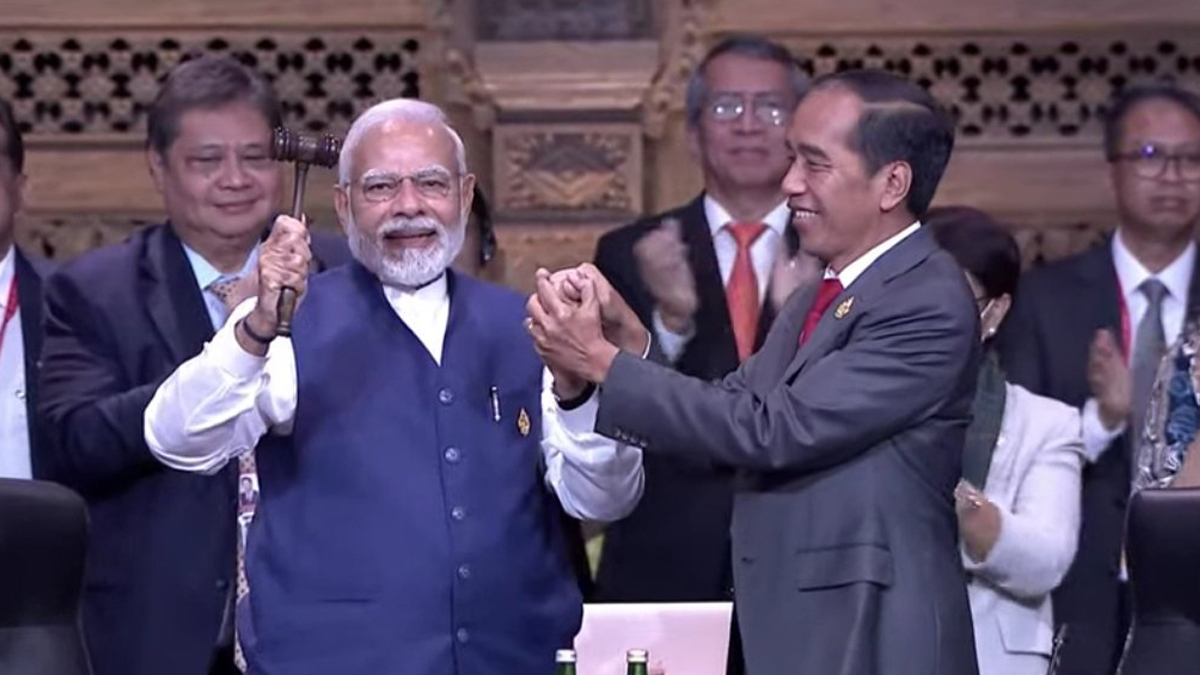 The two-day Bali G20 Summit has ended on Wednesday with Indonesia handing over leadership to India.

The G20 summit, which is the summit of the world’s largest economies, has ended with the decision to end the Russia-Ukraine war as soon as possible. The two-day summit, which started on Tuesday in Bali, Indonesia, concluded that the world economy is in crisis due to the war.

The summit also released a 5-point communique. The leaders of the countries participating in the summit held Russia responsible for the war and said that this is why the food crisis and security concerns have increased worldwide. They said that the world economy is in trouble and once again they should agree to end all wars.

Similarly, in the declaration, the ban on nuclear missiles and the observance of international laws and human rights are also emphasized. It is mentioned in the communique that we should think about the impact of food security, sustainable energy and climate change as the present era is not a war.

Indonesian President Joko Widodo handed over the G20 presidency to India at the end of a summit of the bloc’s leaders.

At the closing ceremony, Prime Minister of India ,Narendra Modi said that India’s G20 presidency will be inclusive, ambitious, decisive, and action-oriented. He said that he would give priority to women’s leadership development in the G20 agenda. 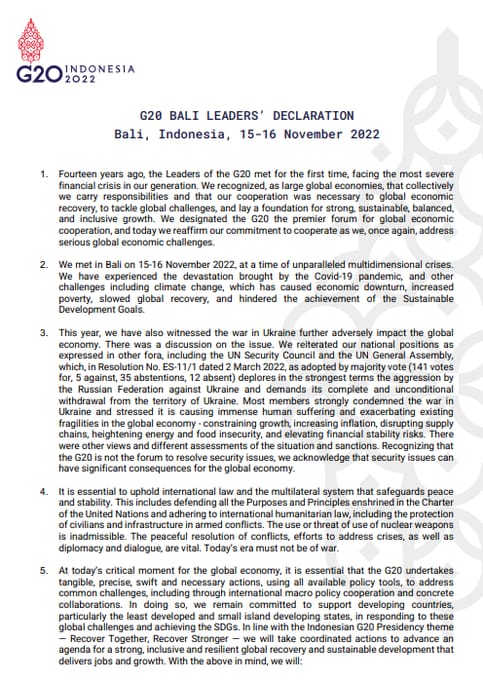