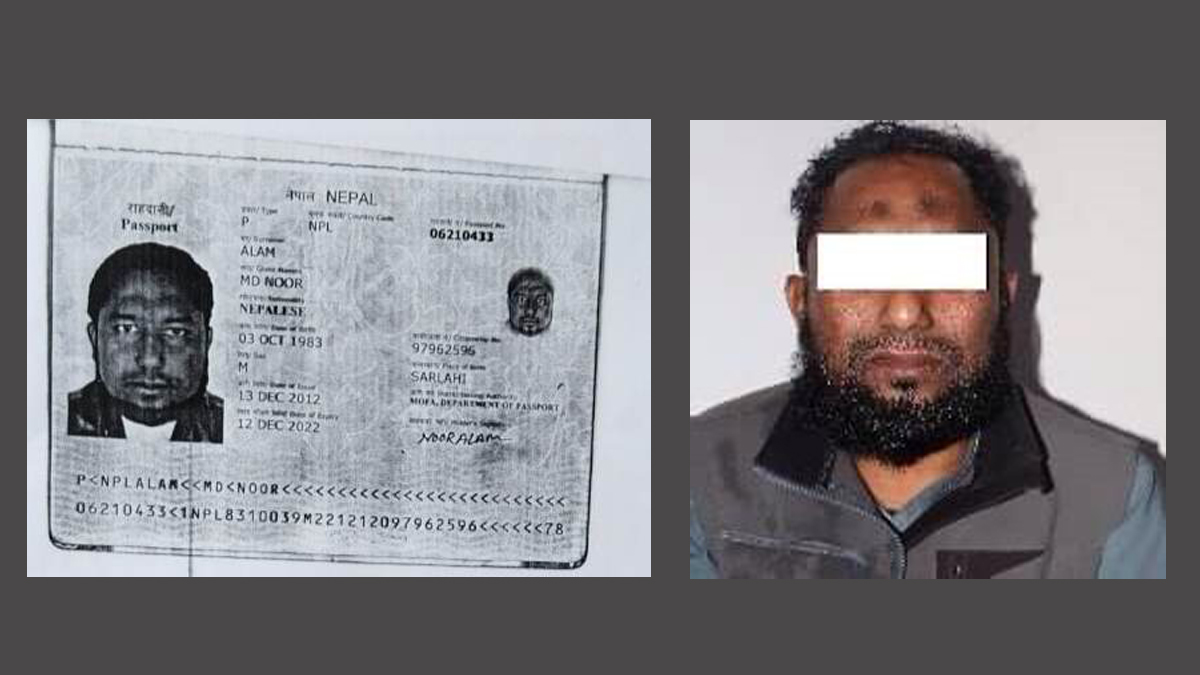 A suspected Burmese-Bangladeshi citizen has been arrested with a fake Nepali passport in Nepal. The arrested person is 39-year-old Mohammad Noor Alam.

The police deputed from Kathmandu Valley Crime Investigation Office, based on special information, arrested him from Kathmandu Metropolitan City-14, Kalanki, Khasibazar at 2 pm on Thursday.

According to SP Krishna Prasad Koirala, the spokesperson of the office, when his body was searched after the suspicion, the passport with a number 06210433 in the name of Mohammad Nur Alam was recovered.

He was arrested after the police found the fake passport. In the passport, his address was Tribhuwannagar-1, Sarlahi and the mentioned name of his father was Mohammad Ahmed Alam.

During the initial investigation, he said that he is a citizen of Myanmar (Burma) and in 2012, he came to Nepal from Myanmar via Bangladesh to Tribhuwannagar, Sarlahi.

He has admitted that he obtained Nepali citizenship by submitting false information and also obtained a passport from the Passport Department, Kathmandu on the basis of that citizenship.

He has been sent to District Police Range Kathmandu on 23 December for further necessary investigation on the basis of misusing citizenship and passport by submitting false information.

SP Koirala said that further investigation is going on regarding his citizenship and other issues.