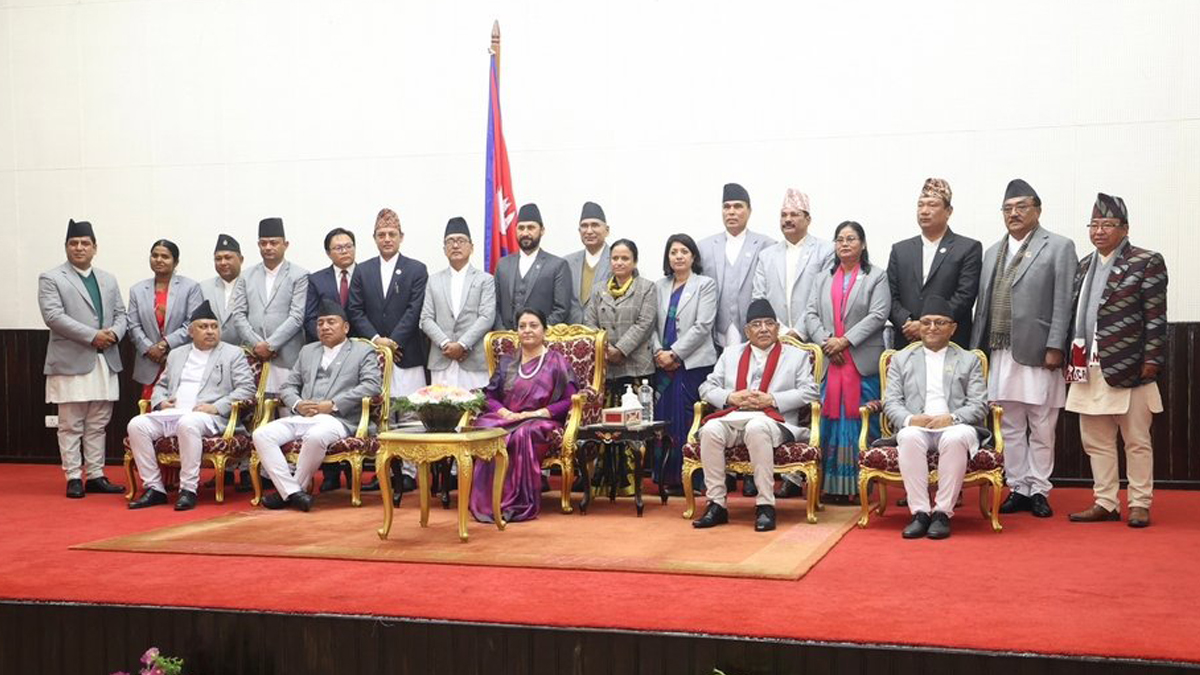 Prime Minister Pushpa Kamal Dahal ‘Prachanda’ on Tuesday expanded his cabinet. He expanded the cabinet  three weeks after he assumed office on December 25.

Earlier, there were only eight members in the Cabinet, including the Prime Minister, three Deputy Prime Ministers and four ministers without portfolios.

With this, the government’s strength has now reached 22, including 19 ministers and 3 ministers of state.

Rastriya Prajatantra Party Chairman Rajendra Lingden has been appointed as the Deputy Prime Minister along with the Minister of Energy.