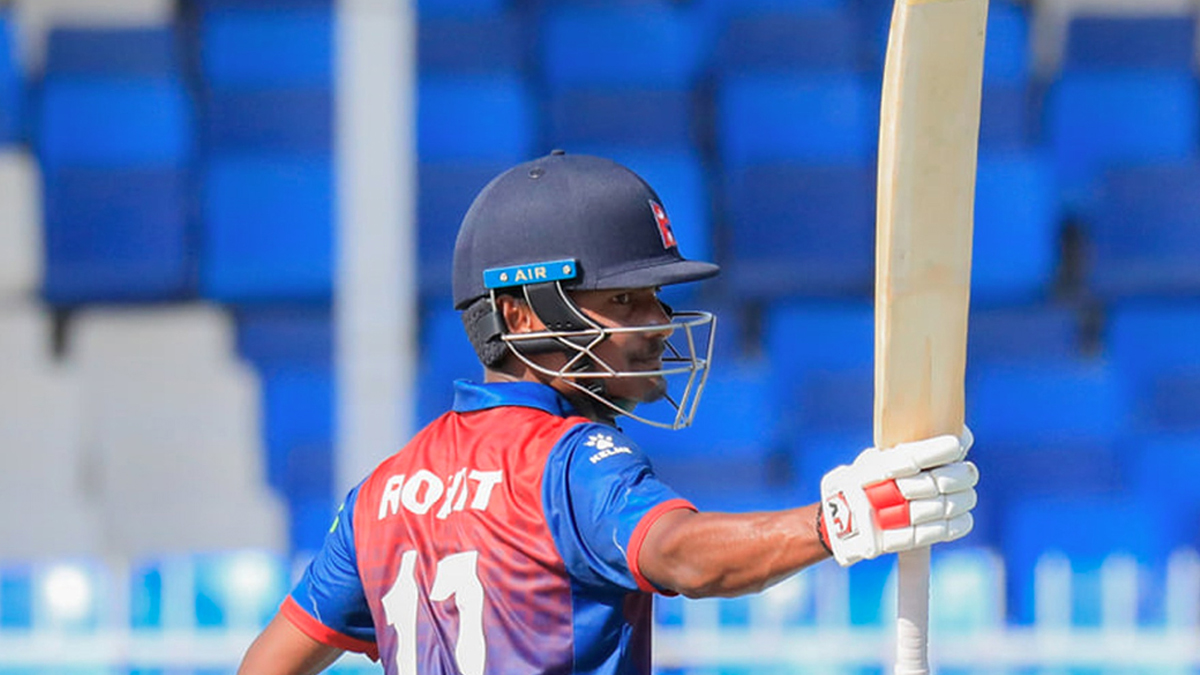 The Cricket Association of Nepal (CAN) named vice-captain Rohit Paudel as the captain of the Nepal national cricket team on Friday.

The 20-year-old batter will lead Nepal in a three-match One-Day International (ODI) bilateral series against the United Arab Emirates (UAE) scheduled for November 14, 16, and 18 at the TU ground in Kirtipur.

Sandeep Lamichhane was suspended by the country’s cricket governing body on September 7, two weeks after a minor filed a rape case against the leg spinner.

Lamichhane is currently in judicial custody. He has been charged under Section 219 of the Criminal Code (2074). If the charge stands, he will be imprisoned for 10 to 12 years.

Paudel, who marked debut for the national side in February 2018 against Namibia in the ICC World Cricket League Division 2, will be the second youngest ODI captain after Rashid Khan of Afghanistan.

CAN has also announced a 16-member squad on Friday for the bilateral series.