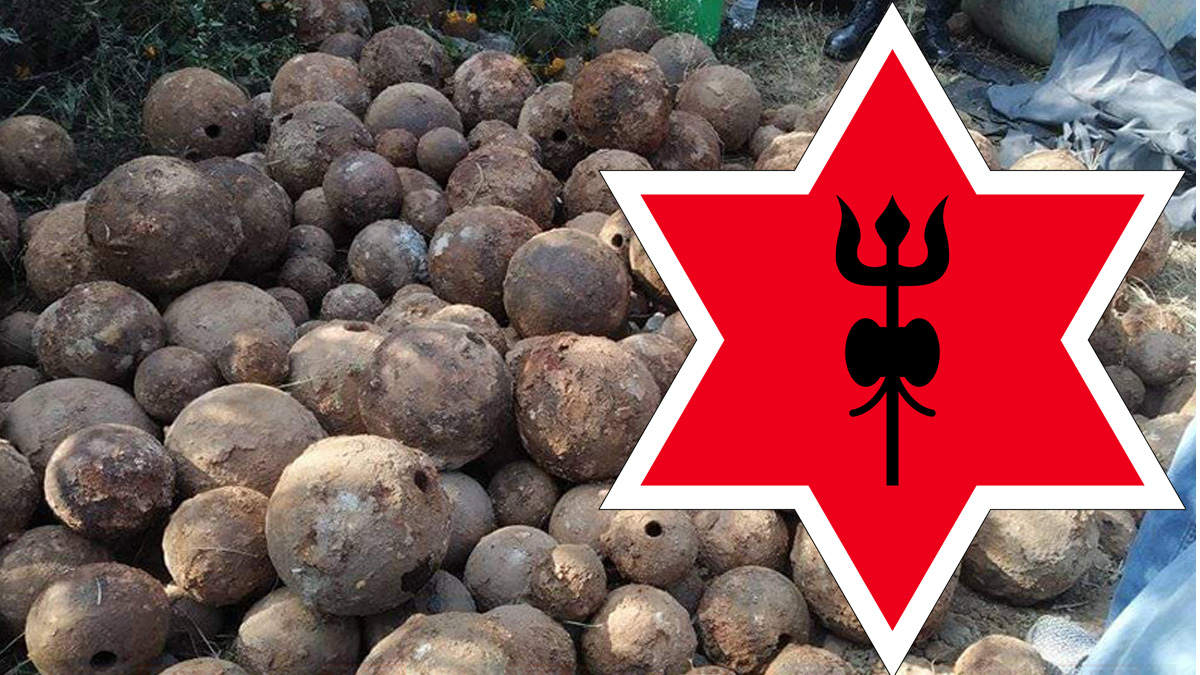 A large number of cannonballs have been found while digging the foundation of the guesthouse in Palpa.

Information Officer of District Police Office Palpa and Deputy Superintendent of Police Birendra Thapa said that the cannonballs were found while digging a foundation in Tansen municipality-4. So far, 300 cannonballs have been found.

The land where the cannonballs were found belongs to the Nepali Army in Palpa. In the same place, the army is excavating a pit for the construction of a guesthouse.

According to the police, the Nepalese army may have buried those shells under the ground many years ago.

The police said that they are investigating to know more about how the found cannonballs were kept there.