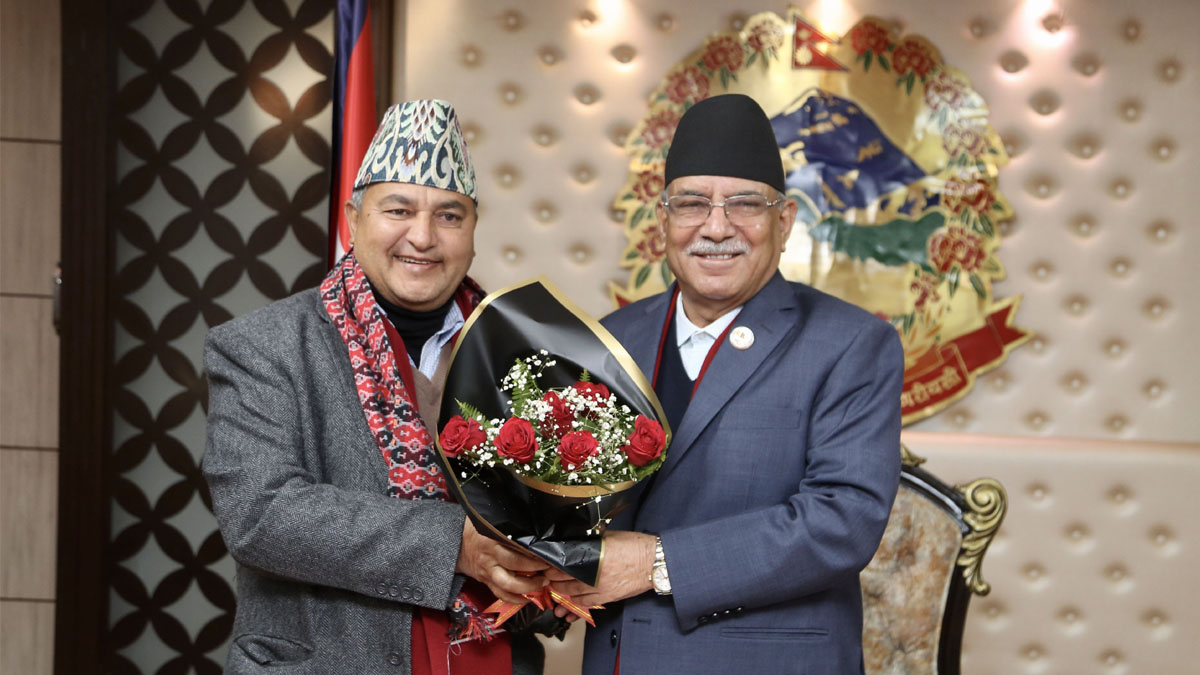 During the meeting, Prime Minister Dahal congratulated Jamkattel on his appointment as the Chief Minister, according the PM’s Secretariat.

The newly appointed Chief Minister Jamkattel is the leader of CPN (Maoist Centre). He was appointed as the Chief Minister on Monday with the support of ruling parties including the CPN (UML).