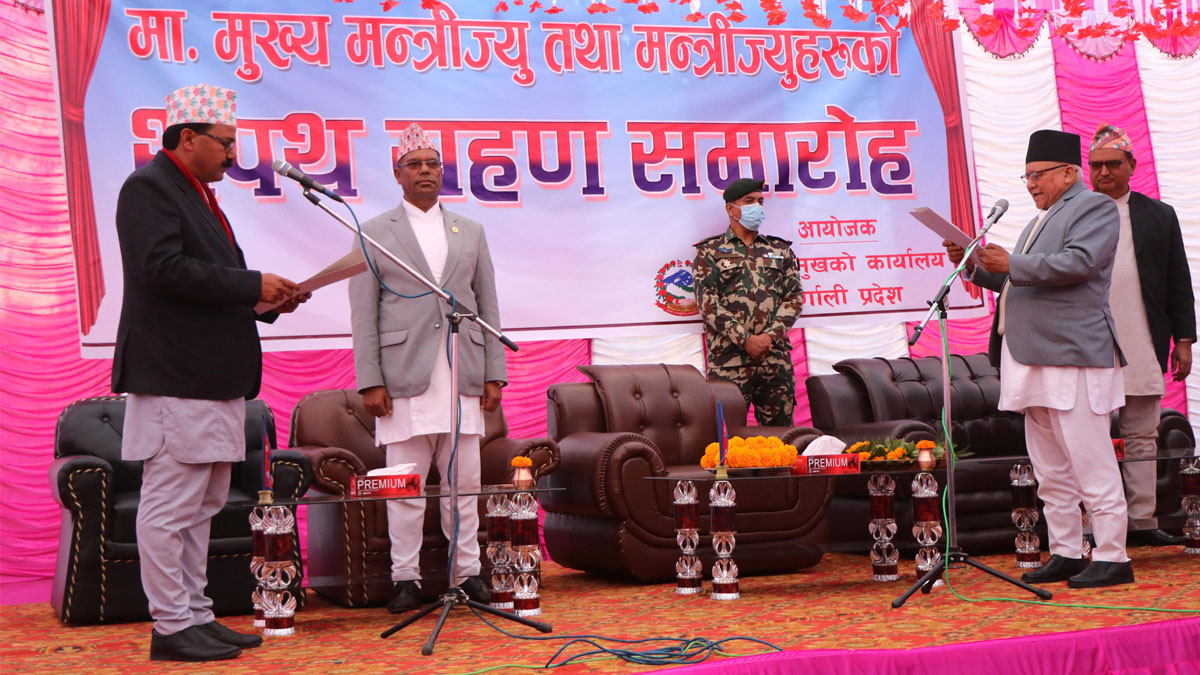 Chief Minister of the Karnali Province, Raj Kumar Sharma, took the oath of office and secrecy on Thursday. The newly appointed Chief Minister Sharma was sworn-in in the presence of Province Chief Tilak Pariyar at 4:00 am. He took the oath as per Article 172 of Constitution.

Together with this, a three-member council of ministers has been formed under CM Sharma’s leadership. Two other ministers are Mangal Bahadur Shahi and Binod Kumar Shah. They also took the oath of office in the presence of Province Chief.

The meeting of the ruling partners in the Province- CPN (Maoist Centre) and CPN (UML) held on Wednesday had decided to lead the government on rotational basis. As per decision, the Maoist Centre will have four ministers including the Chief Minister and the UML to have three ministers.