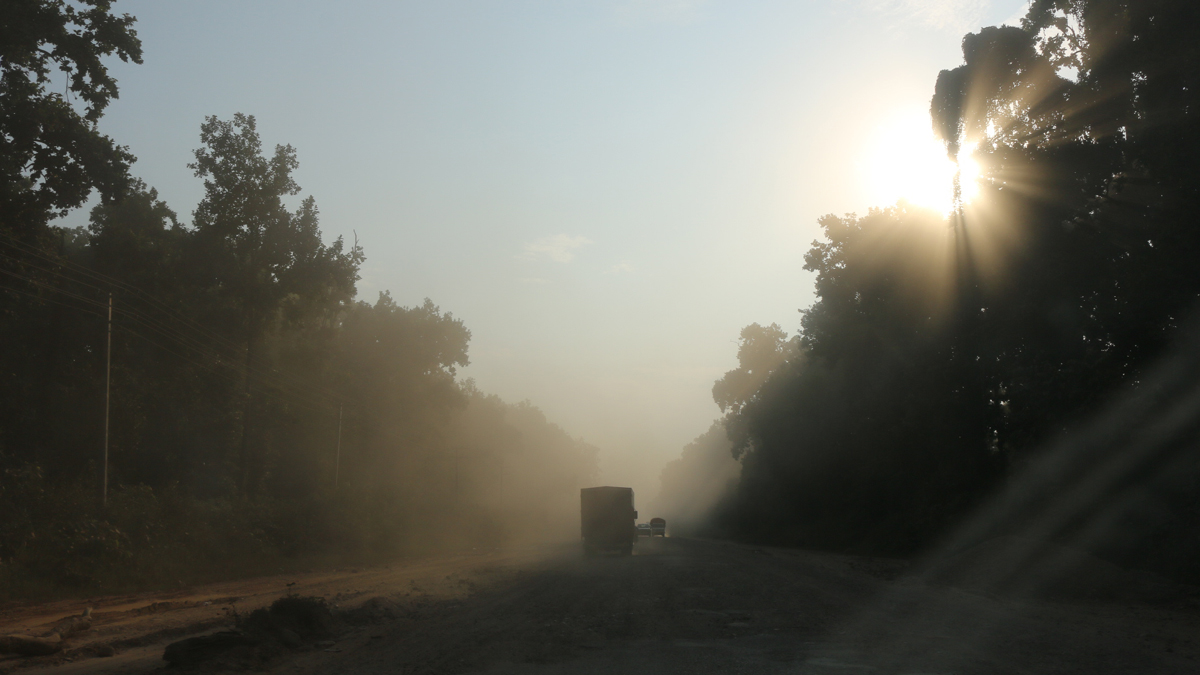 The widening of Narayanghat-Butwal road section along the East-West Highway has so far made only 23 percent progress.

The road widening project that has to be completed in mid-July 2022 has witnessed a dismal progress even after 48 months have elapsed since the project inception.

With the Chinese contractor not carrying out the works on time in line with the contract, the road is full of potholes which is not only delaying the travel but is also leading to the road accidents.

According to Team Leader of China State Construction Engineering Corporation Limited, road widening has been delayed due to complications brought out by COVID-19, tree falling, electric poles transfer and mobilization of equipment.

“In the initial stage, there was a delay in many important works like deployment of equipment, delay in permission from the park and forest for cutting trees, delay in moving the electricity poles,” he said, he said, “The road expansion work has been affected due to the closure of the crusher industry in the district.” the leader of the company said.

The closure of the crusher industry has led to a shortage of construction materials. According to the construction side, the obstruction of the road has not been removed within the deadline for the completion of the road expansion. “Until now, only 99 percent of the tree cutting work has been completed,” said Park, “Only 30 percent of the electric pole moving work has been completed, so there is a problem with road expansion.”

The construction company’s representative in Nepal, said that the project deadline has been extended by one year and 50 percent progress will be achieved by that time. “We are aware of the grievances and sufferings of the people here, we have accelerated the work,” he said.

So far, 22 percent of Narayangadh-Butwal road package-1 and 23 percent of package-2 have been completed. Construction of 110 meters test black sheet in Gaindakot and the construction of big and small bridges in diffeent places has been speeded up.

Ramesh Kumar Disti, chief of the Narayanghat-Butwal Road Project (Eastern Sector) said that he is constantly urging the construction company to speed up the work.

“In order to complete the work on time, we have to increase the number of workers and increase the mechanical equipment, so we have been applying pressure accordingly,” he said. Currently, the road expansion from Gaindakot to Danda is being done. The work of removing structures and cutting trees within the road standards is about to be completed.

In November 2019, the Chinese contractor had formally started the work in the field.

Road widening work along the 114km Butwal-Narayanghat section, one of the busiest roads along the East-West Highway, was initiated with Rs17 billion loan assistance from the Asian Development Bank.