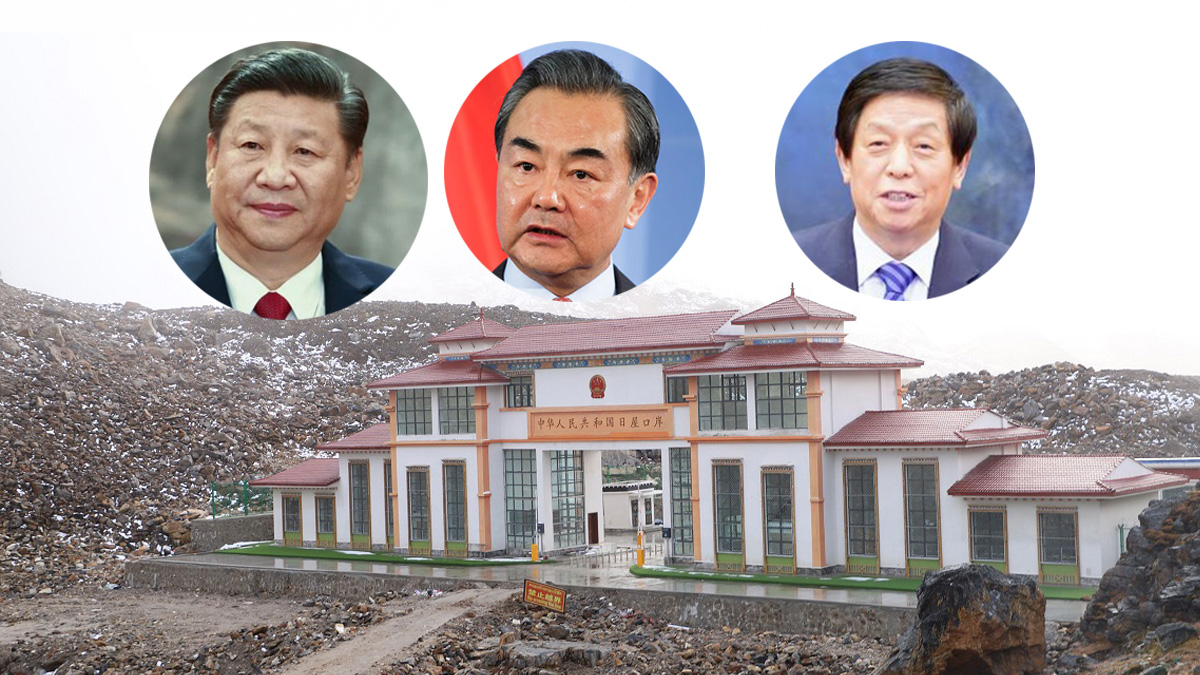 The great festival of Hindus, Tihar is over. However, for the past few days, the Kerung Customs office has been busy clearing goods such as walnuts imported from China. The walnuts that were intended to be imported for Tihar were not allowed in time by China and the banks were closed during the festival, so the businessmen could not import them in time for sale.

This is the latest example to see how traders of Nepal are suffering due to unilaterally maintained an ‘unannounced blockade’ on the northern border for a long time showing the reason for the earthquake and corona epidemic.

Humla, Mugu, Gorkha’s Larke, Sankhuwasabha’s Kimathanka, Taplejung’s Tiptala, etc., are not only a border but also a route connected with the daily life of the local people.

However, China which is trying to identify itself as a good neighbor and friendly country is apathetic in facilitating these crossings, due to which the citizens of the border area have been badly affected for years.

It is mentioned in the letter that after the closure of the border, there was a problem in livelihood due to the local economic crisis, the situation of settlement relocation was created, and the prices increased extremely. Rural Municipality Chairman, Limbu said that the main source of income for the residents of Olangchungola, Yangma, Ghunsa, and Fale was exporting herbs, carpets, and animals but this has been stopped for long due to China’s undeclared blockade.

If the border gets open, the residents of this area can return home in one day after shopping at the Ryu market in Tibet. The community in this area, which is far from the road network, has been facing problems such as health and education. In case of illness, helicopters are ‘chartered’, but those whose economic status is weak, due to poor financial status, have to walk for three days to reach the district hospital. However, the problem is still there. The problems of the residents of the border areas connected to China including Mustang, Humla, Mugu, and North Gorkha are also the same. 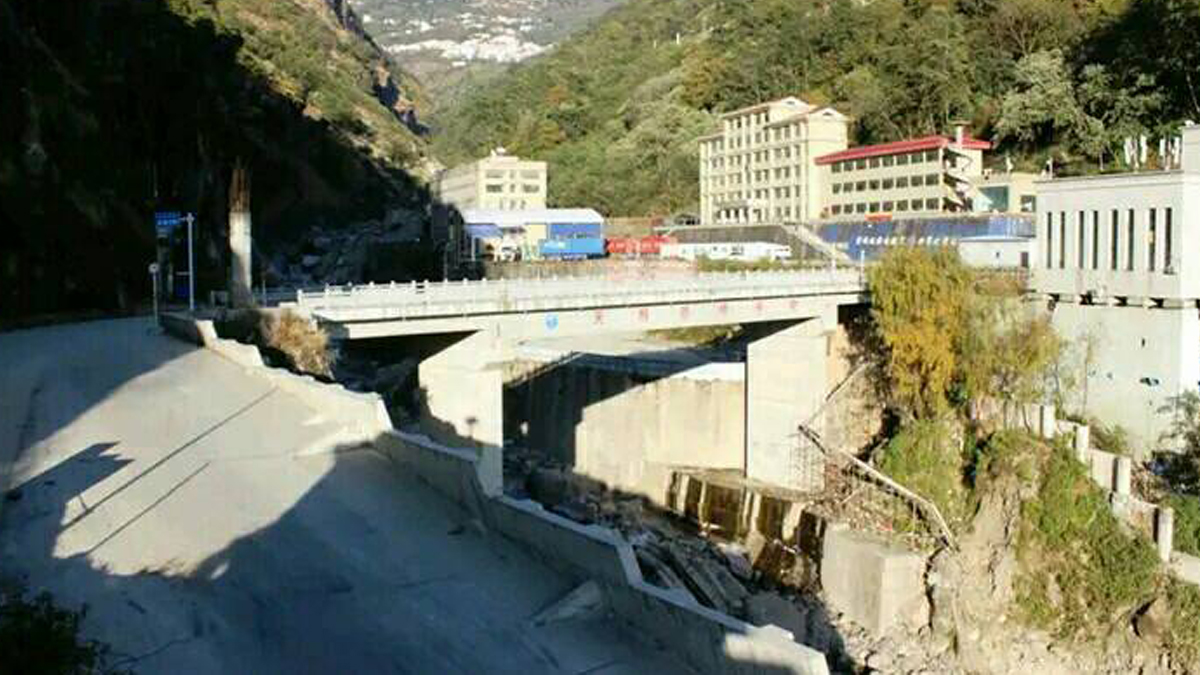 According to the data of the customs department, exports from Nepal have been stopped at the Nepal-China border for the past few years. Especially herbs, handicraft materials, and food items were exported to China. However, after China closed the border showing the reason of the earthquake and corona epidemic, the export was also stopped.

According to the department, currently, Kerung of Rasuwa in the Northern Region and Tatopani checkpoint at Sindhupalchowk are only in operation. Even at these points, imports were at a standstill until August . China has not yet opened the movement of people.

According to Narayan Prasad Bhandari, the head of the Rasuwa Customs Office, China had allowed goods to arrive for Dashain Tihar from September 16. According to him, China has given priority to the import of perishable goods such as apples and walnuts through this border. “Since from few months, it has been easy to import from this checkpoint. However, China is still sending only a certain quota of vehicles. 14 vehicles are coming regularly, which is usually 28 vehicles in Nepal, he said.

Till 18 October, this office has collected a revenue of 1.5 billion rupees. However, the situation at the border is not eased completely. Bhandari says that talks are being held virtually with the Chinese side at various times and they are getting a positive response to open the border.

The Head of the Tatopani Customs Office, Dayananda KC, told epardafas that he has been informed that the lockdown is still going on in Tibet and that is why import and export are still not easy. “Nowadays, most of the goods come from the Kerung border. “Only 4-5 vehicles come from Tatopani a day,” he said. “Apples, walnuts, and ballot boxes have been imported.” He informed that China has started sending cargo vehicles since the third week of last September.

Herbs and handicrafts used to be exported through this port, but now it has stopped. Recently, after Liu Jianchao, the head of the Foreign Affairs Department of the Communist Party of China (CPC), came to Nepal for a four-day visit, there has been some ease in the import through this border.

KC said that 34.3 million rupees revenue was collected only from 17 September to 18 October and 800 million rupees have been raised so far. According to him, in the current fiscal year, the target is to collect revenue of 4.62 billion rupees. But he also said that if the situation is as it is now, there will not be that much revenue.

The condition of other checkpoints is still miserable. At some points, the Nepali side has not been able to build the infrastructure, while in some places, the ones that open according to the weather have been closed for a long time. Ramraj Jaisi, head of the customs office Humla, Yarina, told epardafas that the border has been closed due to the coronavirus and that he has opened a liaison office at the headquarters due to lack of infrastructure. He says that the staff has not yet reached the checkpoint area.

He said that the life of the local people have become difficult as the Chinese border is blocked unilaterally. If the border with China is opened, not only Humla but also the lifestyle of the residents of Mugu and Bajura will become comfortable. When the border is blocked there, people have to charter an airplane from Nepalgunj at an expensive price. It is not possible to transport goods to Humla by roadways, he said. Jaisi said that when the exports of herbs, and carpets, stopped, the income of the residents has been stopped there.

Businessmen have said that the unilateral blockade by China has caused a loss of crores of rupees. According to the Nepal Himalayan Cross Border Commerce Association, goods purchased from China are left stranded in the border area and due to perishable goods and clothes, businessmen have to bear huge losses. According to the businessman, due to the recent problems at the northern border, Chinese goods are also brought by ship through the Kolkata border in India.

Ramhari Karki, the senior vice president of the association, told epardafas that although the businessmen have drawn the attention of the government several times, demanding to facilitate the Nepal-China border, the matter has not been heard.

“Due to the problem at the border, businessmen have started ordering goods less and sooner. Goods imported within two weeks have started taking two to four months. Due to this, some businessmen are bringing it through Kolkata and the transportation has also become more expensive,” said Karki. “The main demand of the businessmen is that the northern border should run as smoothly as before.”

Only assurances from high Chinese officials 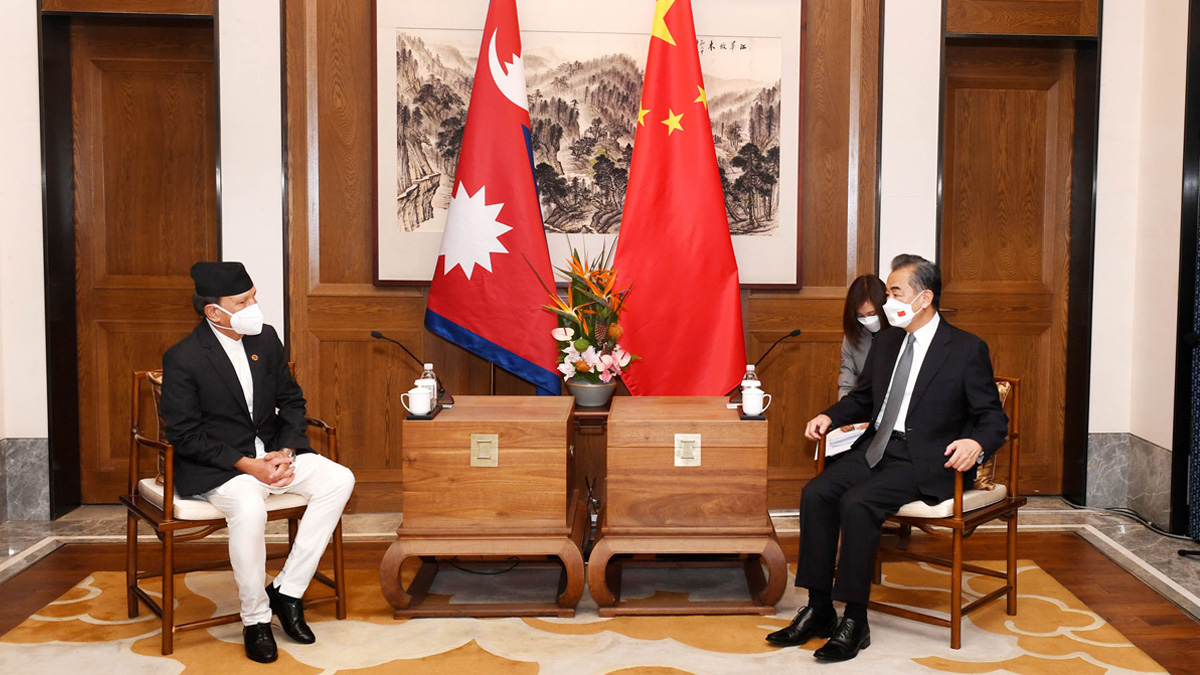 Though many times many Chinese leaders have assured for opening the transit points on the Nepal-China border, the results are not seen as per their commitment.

It has been seven years since the Nepal-China border has been affected. Four years since Corona, these checkpoints have been closed completely. During this period, 6 high officials including President Xi Jinping visited Nepal. However, the problem has not been solved.

According to the sources, bilateral relations between Nepal and China, party relations, foreign interest in Nepal, possible impact on China, and one China policy were discussed during the meeting. However, the discussion between the two countries is limited to the issue of border crossings that affect people’s daily lives.

The Customs Department said that the annual two-country meeting with the Lhasa Consulate General on diplomatic, commercial and other issues has also been stalled for a few years. According to Punyabikram Khadka, information officer of the department, such talks at the DGP level are currently limited to virtual ones.

Khadka said that efforts are being made from the higher level to facilitate the crossings.