Chinese Nationals clique in the trafficking of Nepali youths 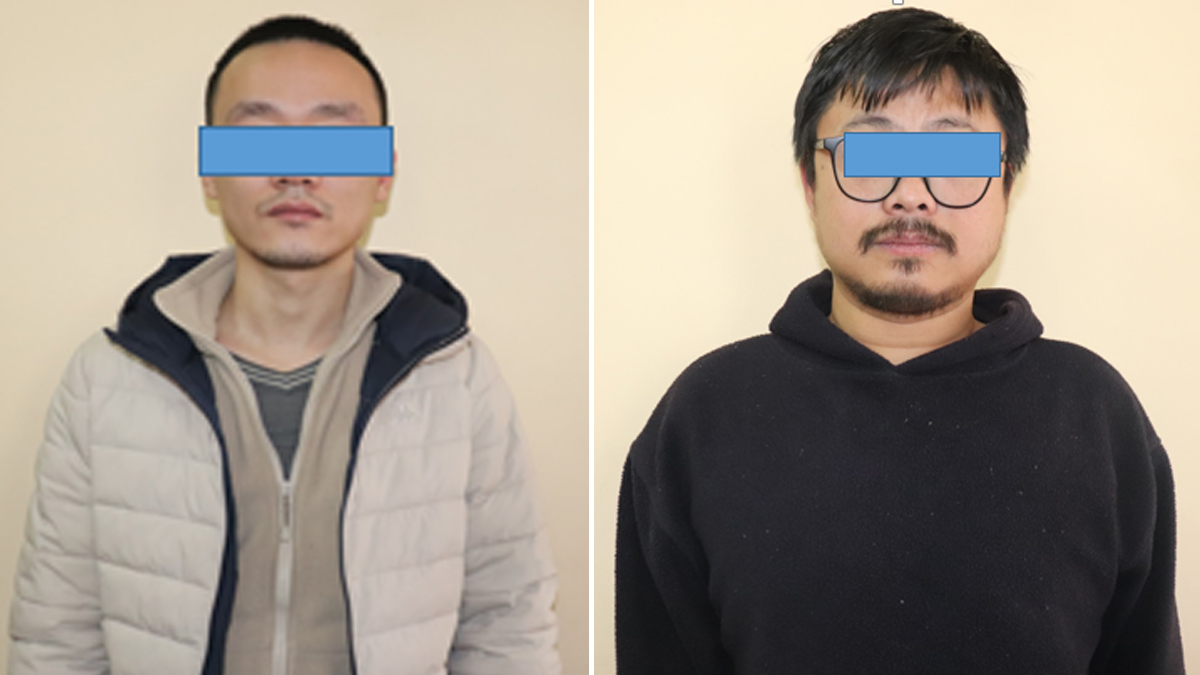 According to the Human Trafficking Investigation Bureau Kathmandu, it has been found that Chinese nationals are involved in sending youths (who came into contact with agents) abroad, by showing greed for giving high salaries (in dollars).

Police Superintendent of the Bureau Daan Bahadur Malla informed that two Chinese nationals have lured and sold 10 Nepali youths. He said that further investigation is ongoing on the suspicion that they have sent more Nepali youths abroad.

According to him, according to the order of the Kathmandu District Court, two accused Chinese citizens involved in human trafficking have been sent to prison to prison for pretrial detention. He said that Nepali citizens who supported the work have been brought under investigation.

The two Chinese accused had been living in Nepal for five years on business visas. Accused Rung is also an IT engineer. It has been revealed that he married a Nepali woman and has been living in Nepal. Similarly, from the Bureau’s investigation, it came to know that they used Nepalese agents to transport people from here to Thailand via India and then trafficked them to Laos in a vehicle.

In the beginning, they were sending people from Nepal to Laos with the greed of getting a monthly salary of 1,000 to 1,500 dollars in sales marketing of Laos.

The victims said that after sending them to Laos and placing them in an IT company, they were told to open a fake social network to contact people in different countries convincing them to invest in Bitcoin.

Superintendent of Police Malla said that the Chinese citizen initially took Rs.390,000 from the victim and did not even pay him for the work he had done after he reached Laos.

Victims also said that many Nepalis who were trafficked by the Chinese are still in Laos and are waiting for rescue. According to the bureau, the investigation is ongoing. Police arrested the Chinese nationals on the basis of complaints given separately by three women and seven men that they were trafficked.

How did the incident happen?

They used to send people abroad with priority to those who know both Chinese and English language. At the same time, some youths who had completed +2 in Kathmandu came in contact with the Chinese with the greed of getting a salary in dollars.

In the beginning, those students were taken to Laos by road through India and Thailand on 2nd September 2022, Friday, with the temptation of receiving an attractive salary.

After that, in spite of engaging them in the work in the company the Chinese said earlier, they were employed in illegal work.

After working for two months, they managed to return to Nepal on 11th November with the help of their relatives. The victims then filed a complaint at the bureau on 16th November and based on the same complaint, the police arrested Chen Yang from Thamel in Kathmandu on 24th November. Another accused, Ruang Chaohong, who got the information that Yang has been detained, had got escaped.

After knowing that he had escaped, the police increased surveillance at all checkpoints and succeeded in arresting him at the Tribhuvan International Airport on the morning of 25th November when he was about to leave for Bangladesh.

After all the necessary investigation by the police and arguments in Kathmandu District Court, the court remanded both of them to prison to them on 20th December.

The police said that many Nepali sent by the Chinese are being held as hostages in Laos, so rescue efforts are going on.