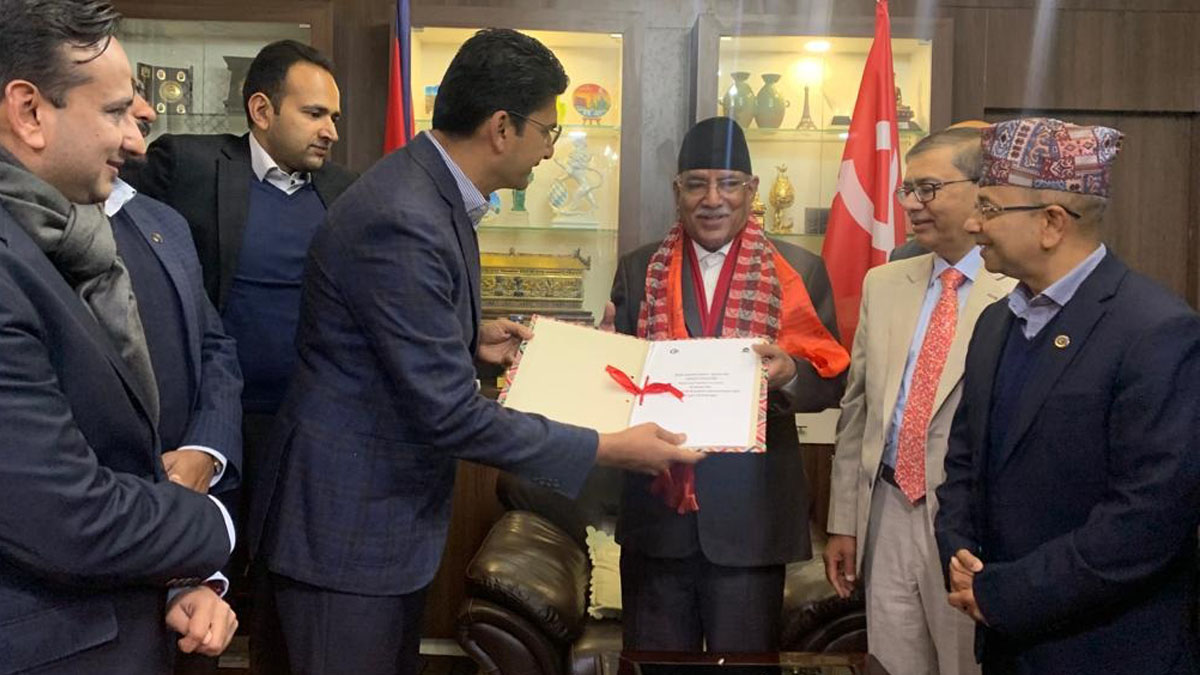 On the occasion, the delegation suggested that improvement in the country’s economy, which is in challenging condition, should be the first priority of the new government.

The CNI presented a concept ‘Rebooting Nepalese Economy’ along with the clear steps to be initiated immediately in order to revive the country’s economy before the Prime Minister.

The Executive Chief asserted that the government’s main attention is toward improving the economy and the government will collaborate with the Confederation for this. “We have placed the economy in priority from the very first meeting of the Council of Ministers. We will be moving ahead in collaboration with the private sector,” the PM said.