Coalition is for protection of constitution: PM Deuba 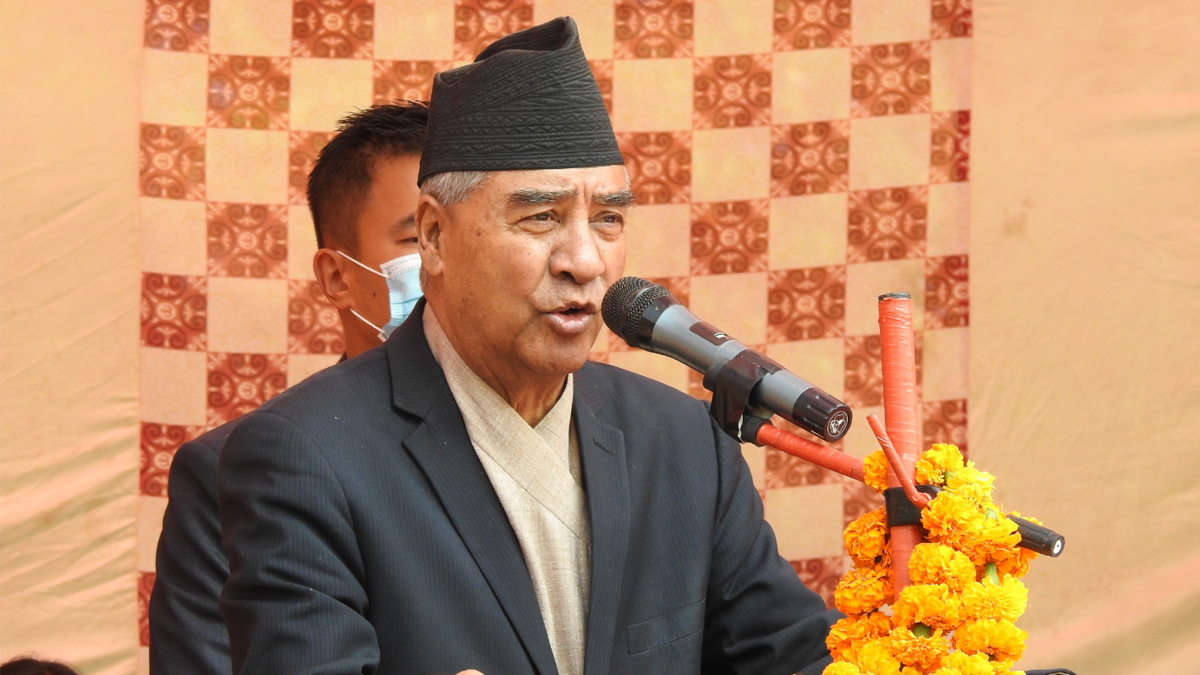 Prime Minister and Nepali Congress president Sher Bahadur Deuba has asserted that the ruling coalition is forged for the protection of the constitution and it is moving ahead successfully at present.

Addressing an election assembly organized at Aalital rural municipality of Dadeldhura district today, he said all the leaders of the coalition together elected him the Prime Minister for defending the constitution as then Prime Minister KP Oli dissolved the House of Representatives time and again at his caprice.

“The present government is a coalition government. Democratic republic and inclusive politics can be safeguarded only if the coalition comes out victorious in the election. Therefore, it is necessary for the present ruling coalition to win the HoR and the Province Assembly election to improve the current politics which is worsening,” the PM and Nepali Congress leader said.

Stating that he has become the Prime Minister five times as the people of Dadeldhura voted for him and supported him, he said the government would work for the development of Alital inner Tarai, construction of road infrastructures and embankments.

“Talks have been held with the Indian prime minister for constructing a bridge over the Mahakali River at Parigaun. We will carry out the feasibility study. I will build an RCC bridge if possible and if not a suspension bridge at that place,” he said.

The PM said that the Maoist leader Khagaraj Bhatta could become the Chief Minister of Sudurpaschil Province if he wins the election and this coalition continues.

Similarly, Nepali Congress central member Dr Arzu Rana Deuba, who is Prime Minister’s spouse, opined that women’s participation has been increasing in every sector of the State. “We are in the election fray at present for the protection of the constitution. A lot has to be done although the constitution is in place. This coalition should win the elections,” she added.