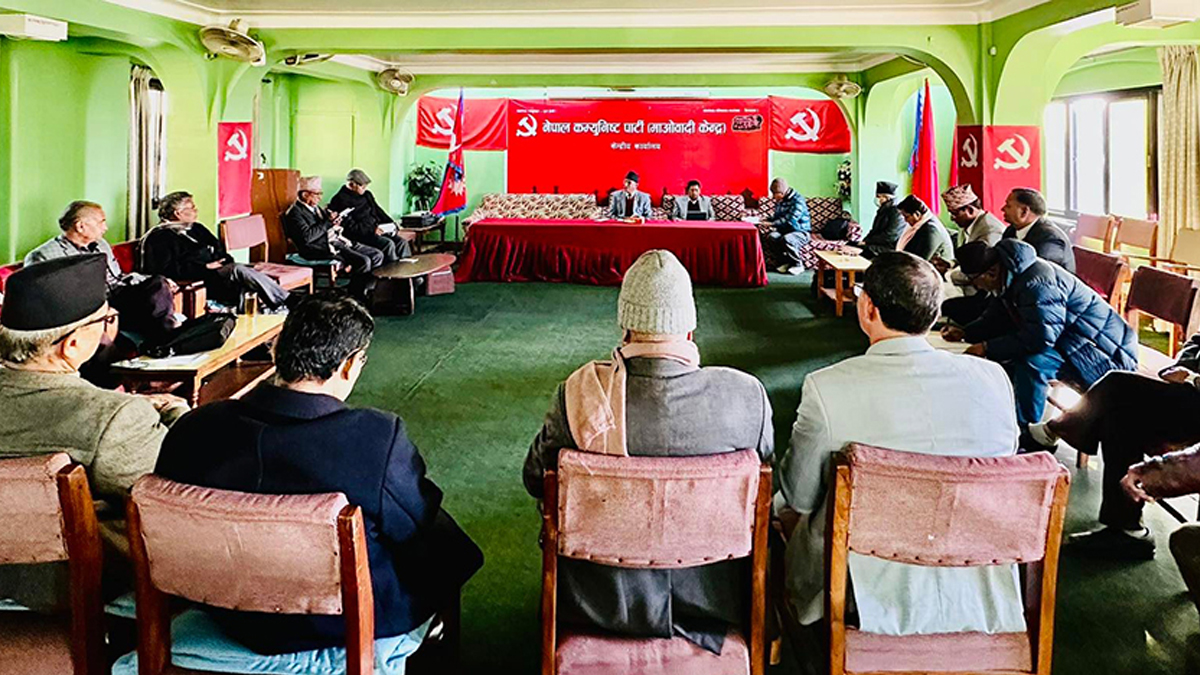 A meeting of the party’s office-bearers held at the party’s central office at Perisdanda this afternoon made a decision to this effect.
The Maoist Centre has likewise decided to appoint Hitraj Pandey as the Chief Whip in the House of Representatives and party leader Narayan Kaji Shrestha as the party in the National Assembly, party secretary Ganesh Shah said.

The meeting also decided to collect a monthly levy of Rs 12,000 from the party’s each Federal Parliament member.

A meeting of the Maoist Centre’s office-bearers some days back had decided that the party’s parliamentary leader would be elected after the newly-elected MPs take oath of office and secrecy.