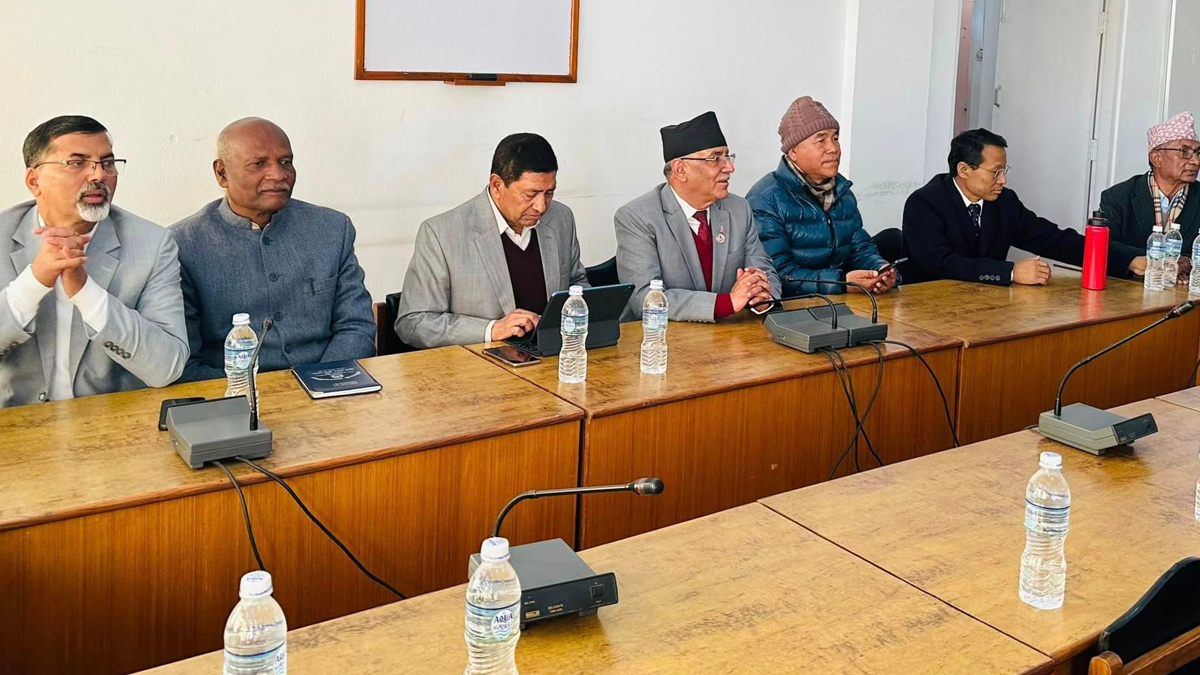 A meeting of the CPN (Maoist Centre) Parliamentary Party is under way at its office in Singha Durbar.

The meeting will elect the parliamentary party leader and chief whip in the House of Representatives and the party’s leader in the National Assembly.

A meeting of the party’s office-bearers held at the party central office at Perisdanda before this had decided to pick party chairman Pushpa Kamal Dahal ‘Prachanda’ as the parliamentary party leader, Hitraj Pandey as the chief whip and leader Narayan Kaji Shrestha as the leader of the party in the National Assembly.