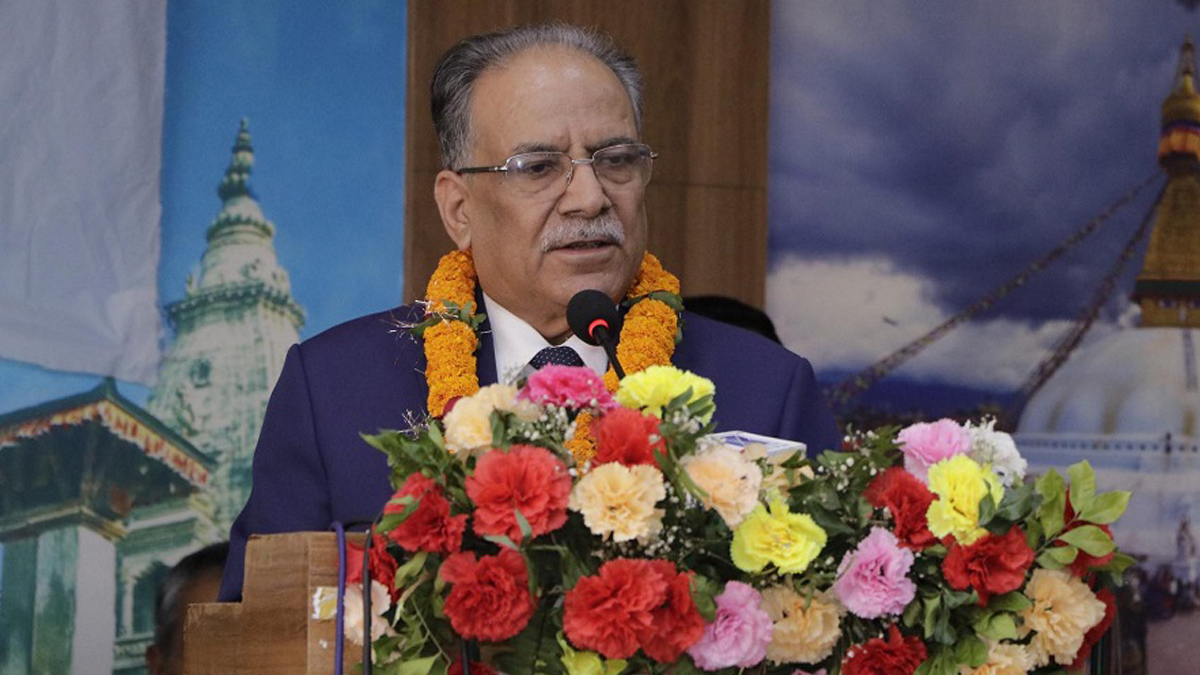 Chairperson of the CPN (Maoist Centre), Pushpa Kamal Dahal ‘Prachanda’, has said it was necessary to make the alliance, formed to protect the Constitution, democracy and federal democratic republic, victorious in the elections of the House of Representatives and the Province Assembly.

It may be noted that the voting for twin elections is taking place on coming November 20 in a single phase.

Addressing the election mobilization programme organised by the left-democratic alliance in Lalitpur today, Chair Dahal stressed it is necessary to continue with the alliance until the threat of regression exists.

He pointed out the need for the alliance to see the wave of positive political changes in the nation.

According to leader Dahal, the alliances were formed with the main objective of safeguarding the rule of law, democratic republic and nationality. As he argued, the victory of the alliance in the elections was necessary to further consolidate democracy founded on the Constitution characterized by the federal democratic republic system and the principles of inclusive and proportional justice.

He urged the leaders and cadres from the political parties in the ruling alliance not to hesitate to vote for each other’s election symbols.

He was of the opinion that the downfall of the Panchayat system would remain impossible if the Nepali Congress and Communists did not join hands against the rule. “In addition, the Comprehensive Peace Accord would not be possible in lack of collaboration between the Congress and Communists.” Could the nation switch to a federal democratic republic system if the then seven political parties and the Maoist did not fight for it, he questioned.

He was hopeful that a collation government to be formed after the election would expedite the economic development of the nation.

Meanwhile, Minister for Energy, Water Resources and Irrigation Pampha Bhusal asserted that Nepal was moving ahead towards self-sufficiency in energy production.

Stating that the base for economic prosperity was laid following the implementation of the Constitution, Minister Bhusal viewed that there were some reforms in the lives of people’s living standards due to positive changes in the physical infrastructures, education and health sector.

Calling for unity for achieving the common aspiration of prosperous Nepal and Nepalis, the Minister spoke of the need to launch a mega campaign for socio-economic development and protecting achievements.

By mentioning achievements, she meant phases where the federal democratic republic system with social justice was being implemented and the citizens’ fundamental rights were being guaranteed.

Bhusal, who is also a candidate from Lalitpur constituency no 3, opined that arts, heritages, cultures and traditions were an important basis for economic prosperity for Lalitpur’s people.