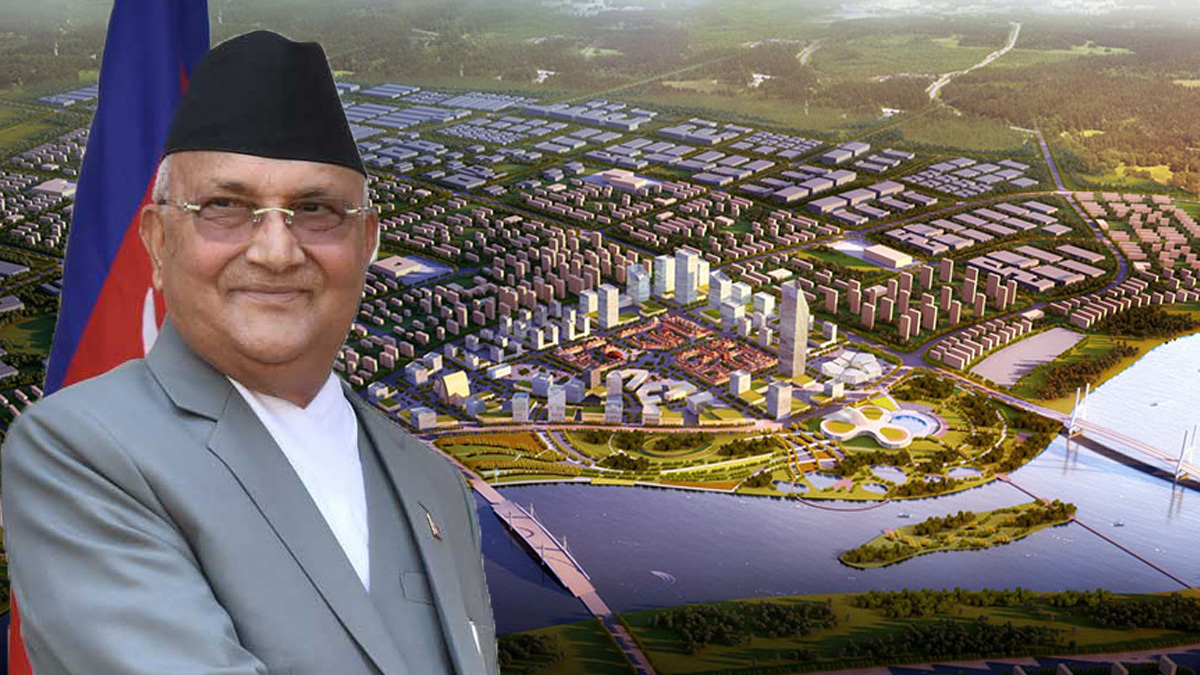 The monopolization of Chinese companies has started to increase in projects such as roads, airports, hydropower projects, and industrial areas in Nepal. However, when such projects, which are built with loans from other countries, donor agencies, and foreign banks, are not completed on time and stalled, it has a far-reaching impact on Nepal.

An ambitious project introduced by the Chairman of Nepal Communist Party (UML) KP Sharma Oli in his home district is currently stalled. If this plan is implemented, Chinese businesses will dominate in Nepal for years. Similarly, although Chinese companies will benefit from this project, locals will be forced to lose land at the beginning. According to the agreement, the construction period of the park will be ten years and the Chinese will operate the park for 40 years, and then it will be handed over to Nepal.

Damak Clean Park in Jhapa Damak is one of the projects under the plan to bring Chinese companies to Nepal. The construction of this park, which was laid with pomp by promising to improve the economic condition of the country, provide employment for one lakh people, and to bring about a revolution in the industrial sector has been stalled for a long time. The only essence of this game is teasing India by taking the Chinese influence closer to the Indian border. 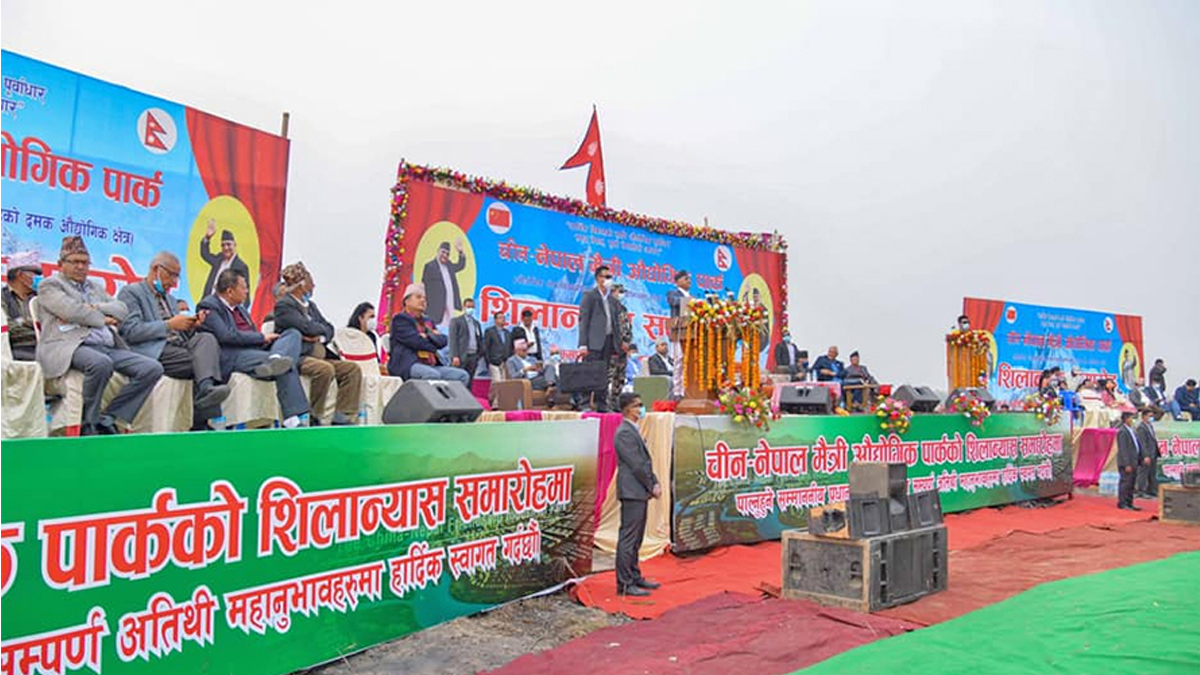 The Government of Nepal, through the decision of the Council of Ministers meeting on March 14, 2016, advanced the work of land acquisition for the construction of the industrial park.

The locals are constantly protesting about the land acquisition and the agreement after the construction of the park. They have been protesting since the beginning that the compensation for the land provided by them for the industrial park was low.

The project has become a victim of corruption, compensation disputes, and irresponsibility on the part of the Chinese side, said locals. 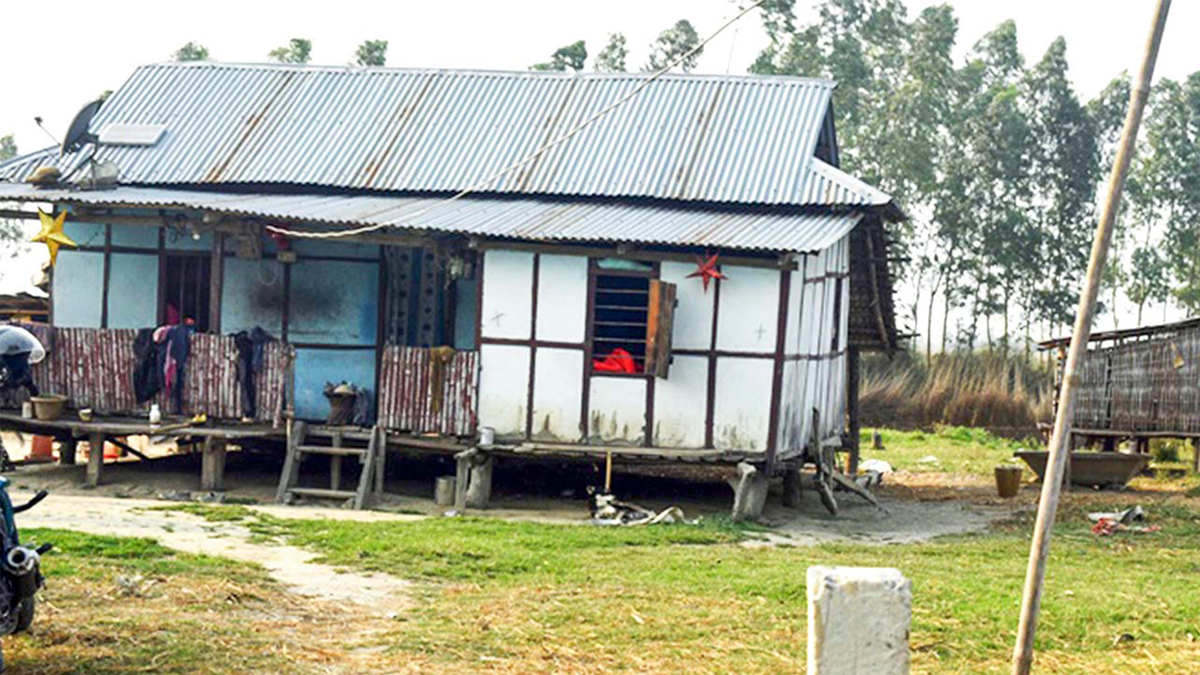 According to Industrial Zone Management Limited, only half of the land has been acquired yet for the park which is supposed to be built on covering 2,100 bighas of land (one bigha = 6,772.63 square meters) in Damak, Gaurahadaha, and Kamal Rural Municipality.

On 4 October 2019 of the same year, an agreement was reached between the Investment Board and the Lhasa Economic and Technological Development Zone Investment Development Company for the construction of the park. The Park Construction Agreement was signed by Board Chairman Maha Prasad Adhikari and Park Chairman Gobind Thapa. However, even though so many processes have been completed for the construction of the project, the work is at a standstill.

What is the dispute?

First of all, there is a dispute about the compensation in the construction of the project. The Damak Clean Park Struggle Committee has been formed because the state did not give proper compensation during the acquisition of land for the construction of the park. The committee has repeatedly submitted memorandums to the Prime Minister, Chief Minister, etc., asking them to solve the problem. Last July, the Struggle Committee submitted a memorandum to Prime Minister Sher Bahadur Deuba and asked him to listen to the demands of the Clean Park victims. 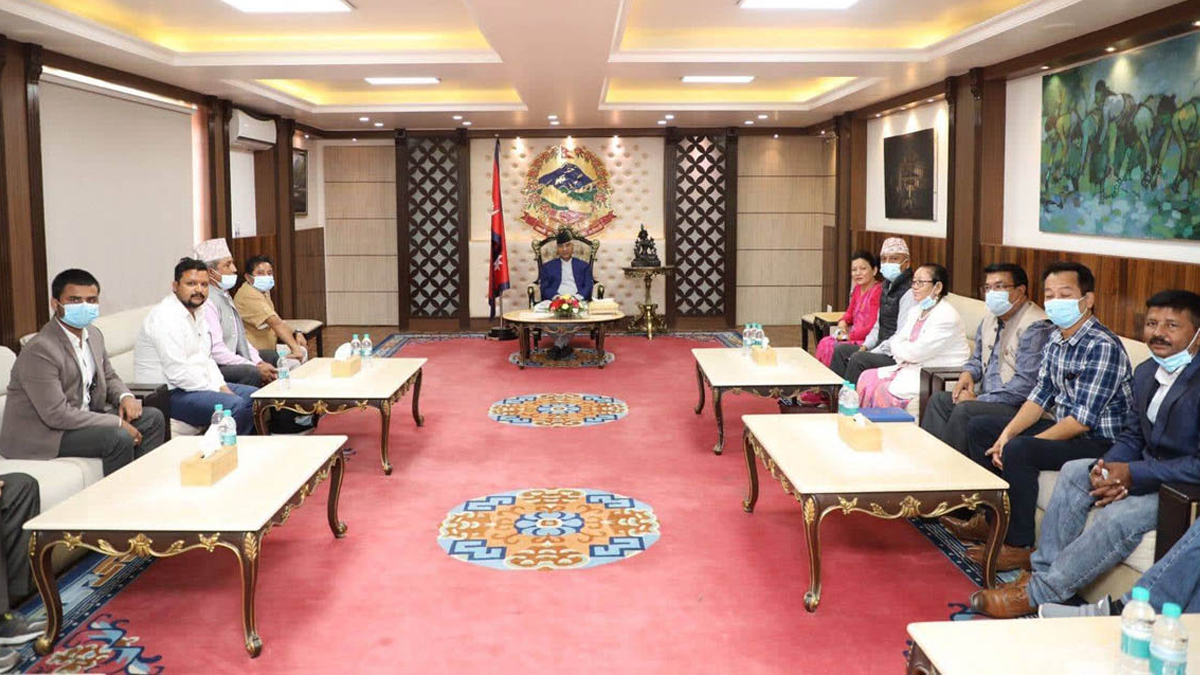 President Bhattarai says that proper compensation has not been given to the land owners and there is no proper distribution. He said that the agitation was forced to happen when the government compensation assessment committee began to appraise the land unilaterally without discussing it with the local residents.

One-sided interests of the Chinese side

Rajendra Kandel, Deputy Director of Industrial Area Management Limited, informed epardafas that other than the distribution of compensation, no other work has been done in the park. “Now we are distributing compensation to the locals, other than that, no other work has been done,” he said, “The Chinese side has not started the work either, they are not even in Nepal.”

According to Deputy Director Kandel, due to  lack of project development agreement (PDA), foreign investment has not been received for the project. On the occasion of the visit of Chinese Foreign Minister Wang Yi, it was hoped that the topic of the construction of this industrial park would be included in the bilateral discussions, but it did not happen.

What is the cost? How will the park be?

According to the DPR prepared by the Chinese side, the construction cost of the project will be Rs 64 billion from Chinese investor, Lhasa Economic and Technology Development Zone Jing-Ping Joint Creation Construction Project Development Co Ltd. Spread over an area of 1,600 hectares, the industrial park will be built in a public-private partnership (PPP) model. The park will be built under the concept of ‘land restoration, infrastructure construction operation and transfer’ under a public-private partnership. It will be built on covering 2,100 bighas of land (one bigha = 6,772.63 square meters) in Damak, Gaurahadaha, and Kamal Rural Municipality in Damak of Jhapa district.

The government had mentioned in the budget for the financial year 078/79 that by including the industrial park the construction would be completed within two years.

The Chinese delegation who came to Nepal to study the construction site said that this industrial park will be the best in South Asia in terms of work, leisure, entertainment, and culture.