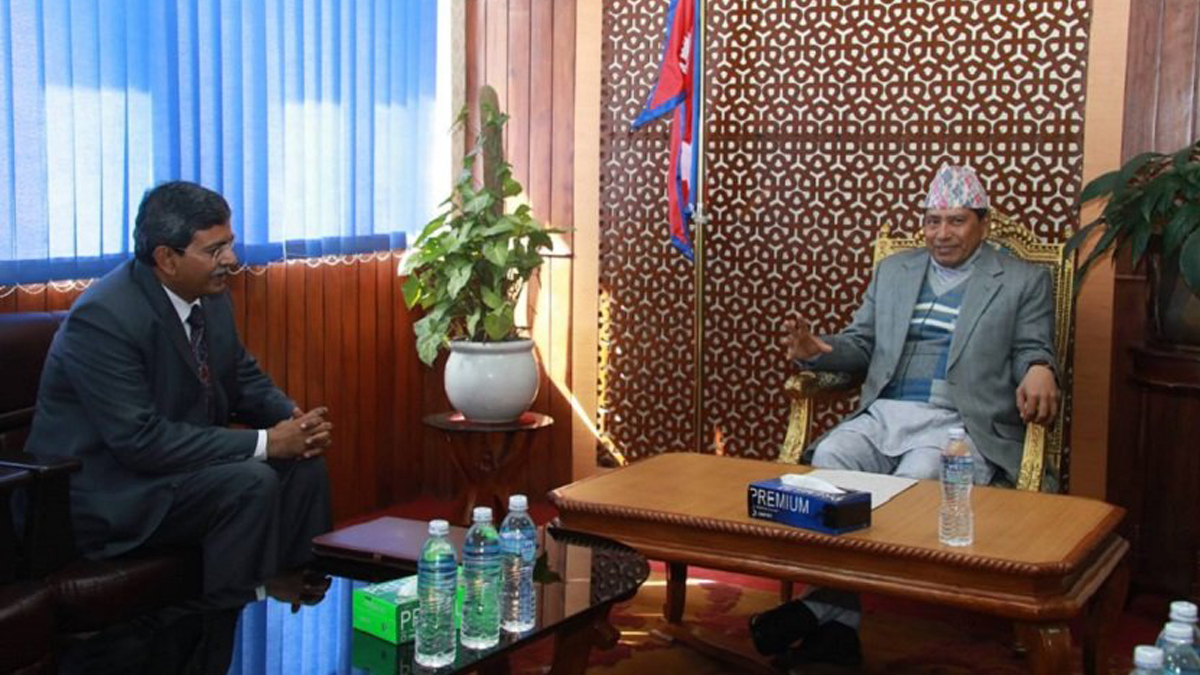 Deputy Prime Minister (DPM) and Minister for Physical Infrastructure and Transport (MoPIT) Narayan Kaji Shrestha has held a discussion with Indian officials on the progress and problems surrounding the projects funded by the Government of India.

During the courtesy meeting in Kathmandu today, the minister urged the Indian team including Additional Secretary of the Ministry of External Affairs of India Prabhat Kumar to expedite physical infrastructure projects funded by the Indian government.

Minister Shrestha took a concern about the Janakpur-Jayanagar Railway funded by India and the projects constructed with loans from Export-Import Bank of India (EXIM Bank), and he urged secretary Kumar for felicitating the projects, said the MoPIT Secretary Keshab Kumar Sharma.

“The discussion was not intense as there took place a courtesy meeting. But, a serious discussion took place on resolving problems surrounding the projects, and speeding up them,” he said.
The meeting also focused on the Kathmandu-Raxaul railway, and other projects, he added. The designing of the railway in detail is underway.

It was also agreed upon to constantly continue such discussion, and seek all available ways to resolve problems revolving these projects, it has been said.