Despite tough words, Japan might not enter a Taiwan war 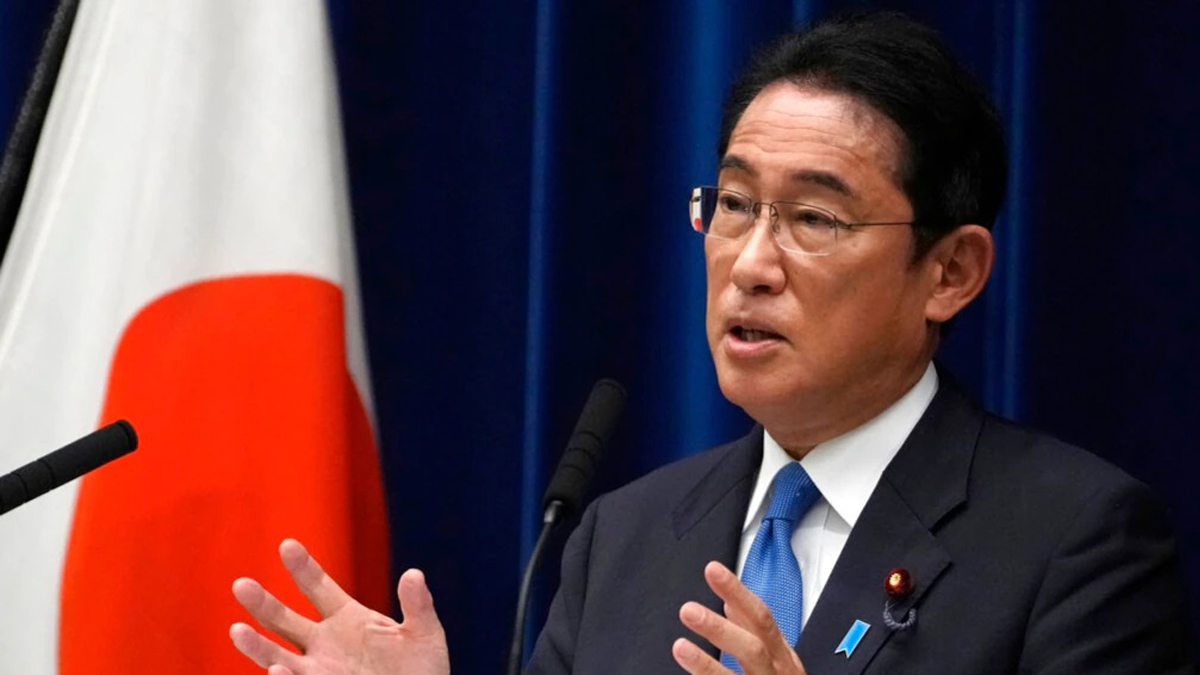 TAIPEI: As Japan continues to ramp up its military, perceptions about how it would be used during a possible war between Taiwan and China differ greatly between its public messaging abroad and domestic views at home, according to analysts.

While not formal diplomatic allies, neighbors Japan and Taiwan have become closer due to deep cultural ties and the efforts of Taiwanese President Tsai Ing-Wen and the late Japanese Prime Minister Shinzo Abe, who called democracy an “important partner.”

Both leaders raised military spending while in office and campaigned to raise the alarm about the threat of a rising China, which claims Taiwan as a province and could one day invade or otherwise threaten the democracy. Japan’s new prime minister, Fumio Kishida, who is from the same conservative Liberal Democratic Party (LPD) as Abe, has charted a quieter course than his predecessor but is moving forward all the same.

Kishida recently told the Financial Times that Japan must prepare for “any possible scenario in East Asia” and his government has asked for a record $40 billion defense budget for the fiscal year 2023. The LDP also aims to raise military spending from its current 1% of GDP to 2%, a benchmark used by NATO countries, within five years.

Little support at home for war

This has led some lawmakers in Taiwan and its strategic ally, the U.S., to believe that Japan might step in to defend the island in a war with China, but analysts say such a future is far from certain and not popularly supported within Japan. Japan is not pledged to help Taiwan in a time of war, and there is little support beyond the conservative end of the LDP.

Attendees bow their heads to observe a moment of silence for fallen comrades during the opening ceremony of the 20th National Congress of China’s ruling Communist Party held at the Great Hall of the People in Beijing, China, Oct. 16, 2022.
“People like Abe have been saying two different things to a different audience. To the U.S. and maybe to Taiwan, too, people like Abe and the fellow right-wingers have been saying Japan is ready now to exercise collective self-defense,” said Koichi Nakano, a professor in comparative and Japanese politics at Sophia University in Japan. “Abe even said that a war in Taiwan — a ‘contingency in Taiwan’ — is Japan’s contingency, but that’s a very extreme position that is not really that much covered or discussed in Japan.”

In 2015, when Abe pushed through a major change to Japan’s pacifist constitution, lifting a ban on “collective self-defense,” he pitched the change domestically as a way to protect Japan and move closer to the U.S., Nakano said. It was not billed as a way to enter a foreign war.

Jeffrey Kingston, a professor in Asian studies at Temple University in Tokyo, said that there is also little public appetite for military action despite Japan’s close relationship with Taiwan.

“People greatly admire Taiwan, they love Taiwan. One of the reasons they love Taiwan is no other country in the world loves Japan as much as the Taiwanese. But there’s a big gap between that sort of warm and fuzzy ‘we like you, admire you’ and all that, and sending troops into harm’s way,” he told VOA. “There is an expectation in Washington that Japan would intervene, and I think political leadership of LDP thinks they should intervene, but the public is extremely leery of Japan going beyond its pacifist constitution.”
Abe’s legacy and anything associated with the late prime minister has become “toxic,” Kingston said within Japan, due to revelations about the late prime minister’s ties to the Unification Church, a controversial political group, following his assassination.

Still, while Japan may not be able to actively enter a military scenario, it will likely play an auxiliary role of some kind, due to its relationship with the U.S., said Sheila Smith, a senior fellow for Asia-Pacific studies at the Council on Foreign Relations in the U.S. Japan hosts seven U.S. military bases and is the homeport of the USS Ronald Reagan, she said, which means U.S. forces would likely flow through Japan to reach the Taiwan Strait.

Under the 1979 Taiwan Relations Act, the U.S. is not required by law to defend Taiwan in a war – only help the island defend itself – but President Joe Biden has suggested the U.S. would defend Taiwan since taking office.

Japan could also play an important role during a potential Chinese blockade, she said, thanks to its world-class submarine fleet, but it could just as easily face retaliation, Smith said.

“If the United States and China were at war with each other, then there’s a whole new dimension of thinking for the U.S.-Japan alliance about how Japan would need to defend itself, because U.S. bases would probably be targeted,” she said.

“There would be a much more complex and larger set of thinking that would need to happen by the Japanese, what the Japanese refer to as a ‘defense of Japan scenario,’” she added. “If you’re in this larger context of a U.S.-China war, then Japanese defenses would be the primary focal point of their military and the alliance coordination would proceed that way.”