Deuba calls for a majority for lasting peace and democracy 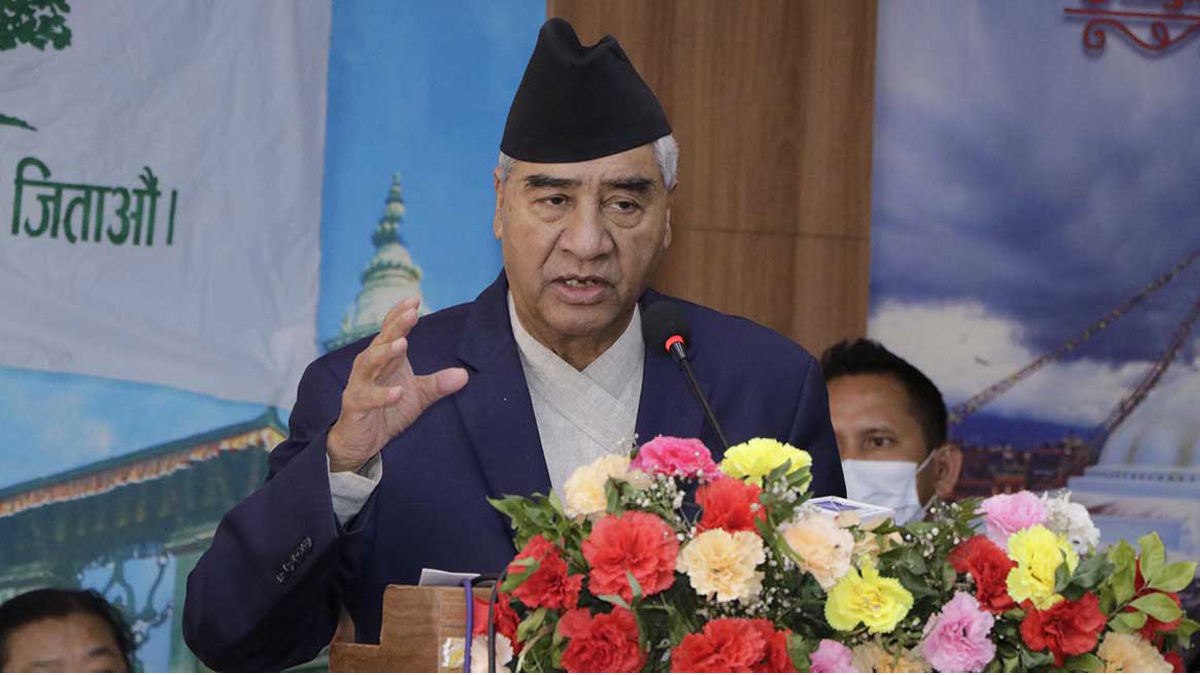 Prime Minister and President of Nepali Congress Sher Bahadur Deuba has called appealed to the voters to help establish lasting peace and democracy in the country by giving the ruling coalition a large majority in the coming elections.

Referring to the fact when all the leaders and workers of Congress and himself voted for the candidate of the ruling coalition in the recent past local elections, Deuba expressed his belief that everyone will vote for the candidate of the coalition in the coming election as well. “This alliance was formed to save the Parliament and it is working well. Mutual trust remains with support from all quarters.”

Mentioning the instances when then Prime Minister KP Sharma Oli dissolved the Parliament twice, he said that the Parliament elected by the people cannot be dissolved on the spur of the moment. He also pointed out to the provisions of the Constitution which were made, according to him, to prevent this from happening.

Prime Minister Deuba also made it clear that the elections are going to be held as per the schedule while lauding the role of his ministers is doing a good job despite the impact of the COVID-19 epidemic and dengue disease in the country, which also hit the economic sector. “Nepal has been saved from being a failed state”.

He stated that since Nepal is a country of many class, region and ethnicities inclusive democracy has been adopted for that purpose in the constitution. “This rarely happens in the world. This is a great achievement and it is everyone’s responsibility to protect it”.