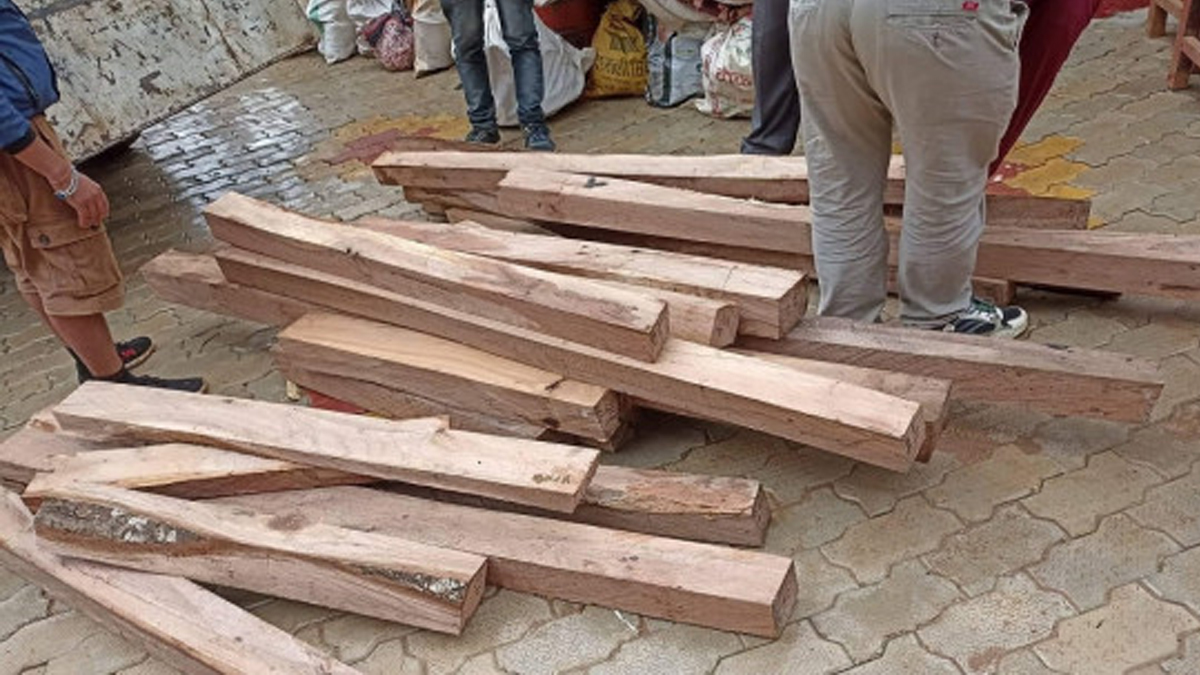 Dhankuta district has exported timber worth more than 500 million rupees to various wood industries in the Tarai.

The district has been selling timber from various tree species including Uttis, Khote Salla and Chilaune to plywood industries in Sunsari, Morang, Jhapa and other districts. Every year the district has been exporting timber worth between 280 to 570 million rupees, according to the District Division Forest Office.

In the three months of the current financial year 2022-23, 1.85 million cubic feet of timber have been extracted from private forests in the district. Assistant Forest Officer of the Forest Office Utsav Thapa shared that Rs 29.2 million was collected in revenue in the first three months.