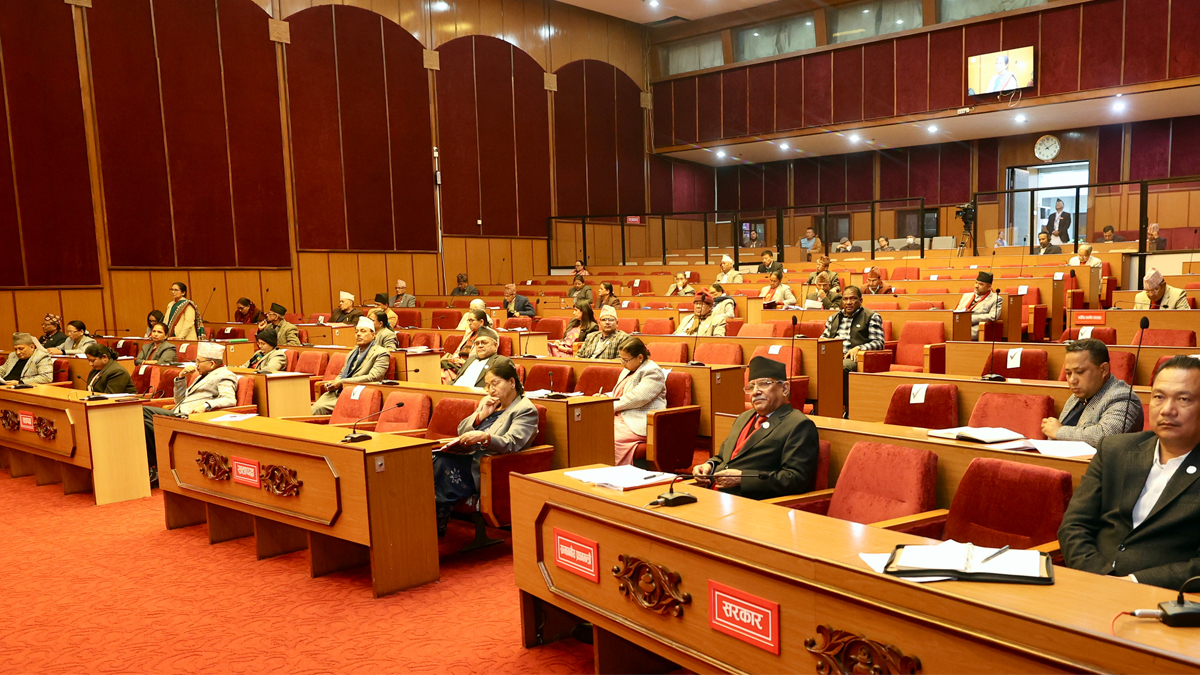 The National Assembly has unanimously approved the proposal seeking discussions on the report of the Parliamentary Special Committee on Study and Monitoring of Federalism Implementation.

He said the Committee has made recommendation on 99 topics covering 13 areas and all are important. “Topics on addressing the issues like development, good governance and prosperity which the people are seeking in this political system have been included,” he added.

Stating that the role and responsibility to be fulfilled by the three tiers of the government remaining within the delimitation of the Constitution have been found violated in several instances, the Committee convenor Devkota said the provision on the number of ministers in provinces recommended by the report has been implemented lately.

Earlier, taking part in the discussions on the proposal, the lawmakers viewed that the allocation of authority and resources is an important matter in federalism. They said the report should mention about the special area, protected area and autonomous areas of federalism.

The upper house lawmakers stressed on implementing the federalism in its letter and spirit as the authority from Singha Durbar has been delegated to the villages.