Dr Koirala vows to fulfill commitment made during elections 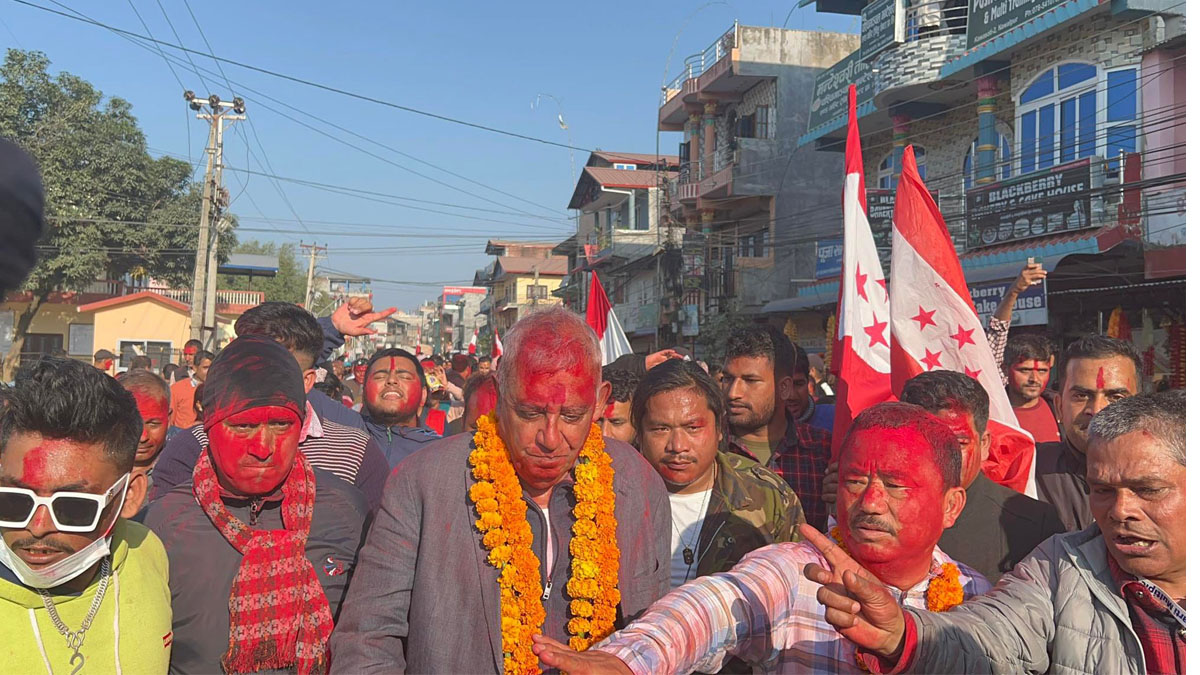 Dr Sashank Koirala said he would materialize the commitments he made before people during the election.

Dr Koirala, who has been elected a member of the House of Representatives from constituency no 1 of Nabalparasi Purba, said it on Thursday while speaking with the media after his victory.

He vowed to complete the mega projects in the coming five years. The establishment of a trauma center and international playground in the district would be done at any cost, he said, adding, “People elected me four times from this area. They must have liked my work. I stay with people and work for them hereafter as well.”

He further said he would also claim the prime ministerial post. “Leaders ranging from Sher Bahadur to Gagan Thapa have claimed the post. I also aspire to it. The present coalition runs for five years. We work in unison,” Koirala reminded.

According to him, youths have no option but to move ahead. The election this time has given a clear message that youths should be forwarded with opportunity and it must be internalized.