Election results did not come as expected: Chair Dahal 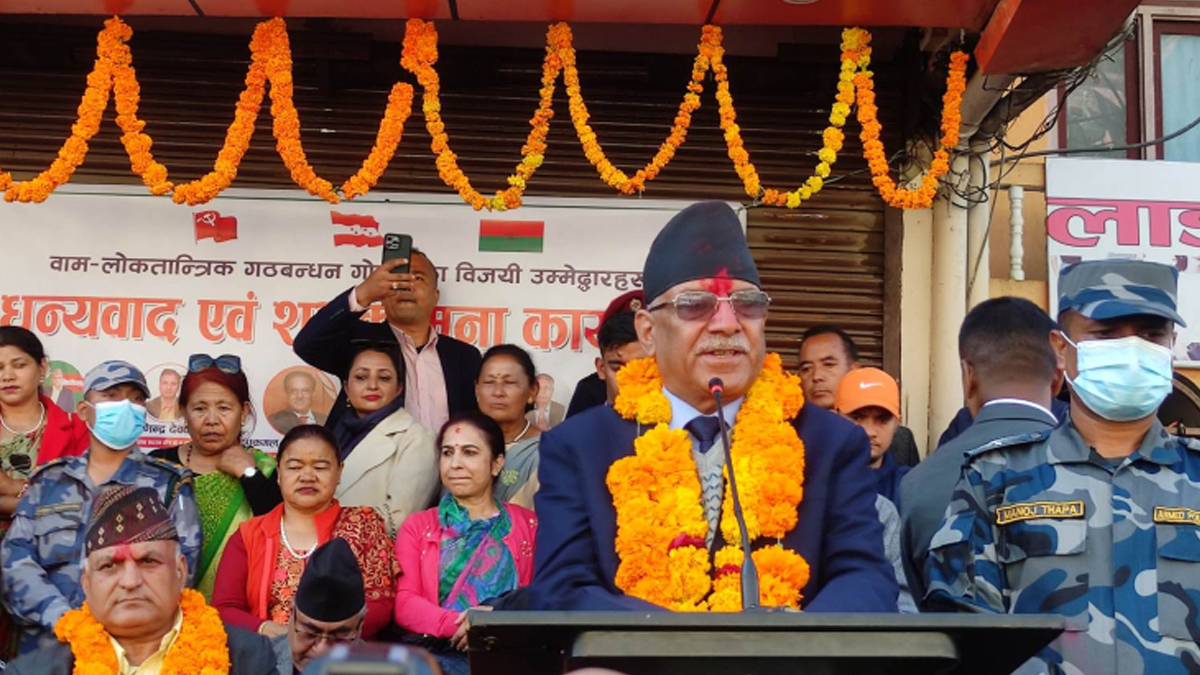 Pushpa Kamal Dahal, Chairman of the Maoist Center and an elected member of the House of Representatives from Gorkha 2, said that the results of the election did not come as expected by the alliance across the country.

“We did not get the results we had expected all over the country. Now it is necessary for the coalition parties and political parties to do some homework”, Chair Dahal said at the thanksgiving meeting held in the Gorkha headquarters on Friday.

Stating that there are both opportunities and challenges in front of the coalition and political parties, he said that people don’t have to think that everything is doomed now. “If the political leadership seriously introspects and does not make policy plans and programs that are dedicated to the people, the country may be in trouble.”

Moreover, he said that he is committed to fulfill the promises made during the election. Dahal has given priority to building roads, construction of Budhi Gandaki project, construction of road connecting Tibet, operation of Palungtar Airport, etc.