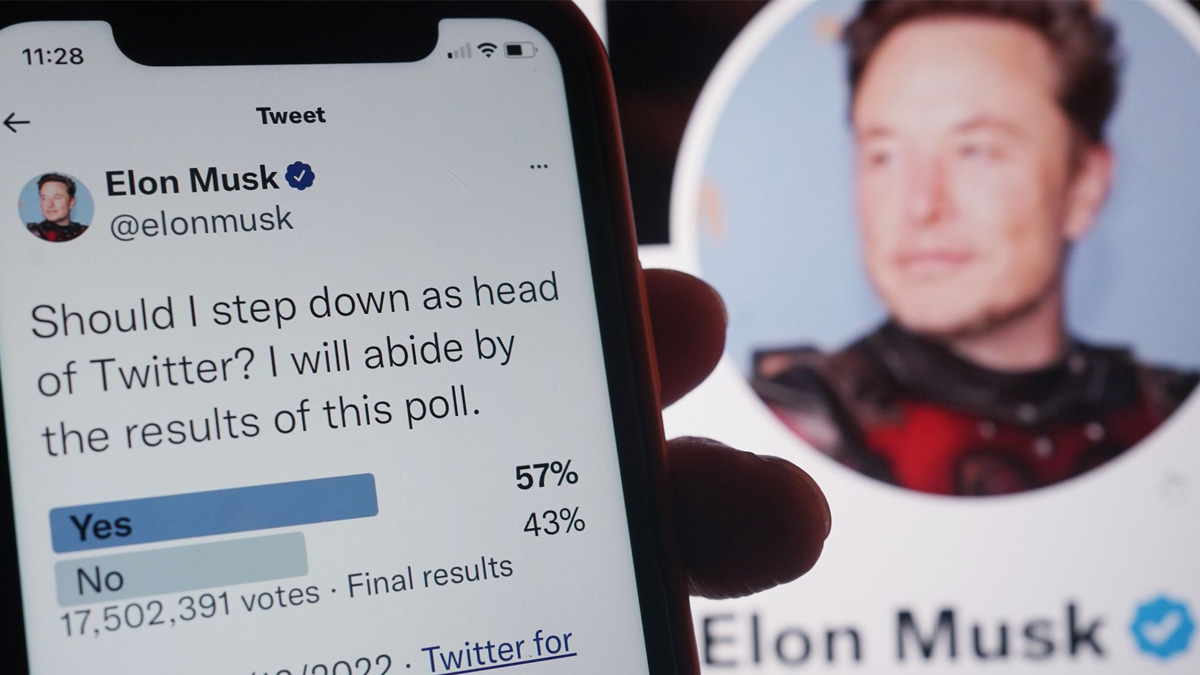 Billionaire Elon Musk says he will resign as chief executive of Twitter as soon as he finds someone “foolish enough” to succeed him.

Taking to Twitter, he confirmed that he is searching for his replacement.

His tweet comes two days after he launched a poll on the social network in which majority of respondents voted for his ouster.

Musk took to the social platform Sunday posing a question: “Should I step down as head of Twitter? I will abide by the results of this poll.”

I will resign as CEO as soon as I find someone foolish enough to take the job! After that, I will just run the software & servers teams.

Around 17 million voted in the unscientific poll, and nearly 58% of the votes supported Musk stepping down as CEO.

He says he will still run the software and servers teams after his replacement is found.

Changes on the platform since his takeover have been much criticized.