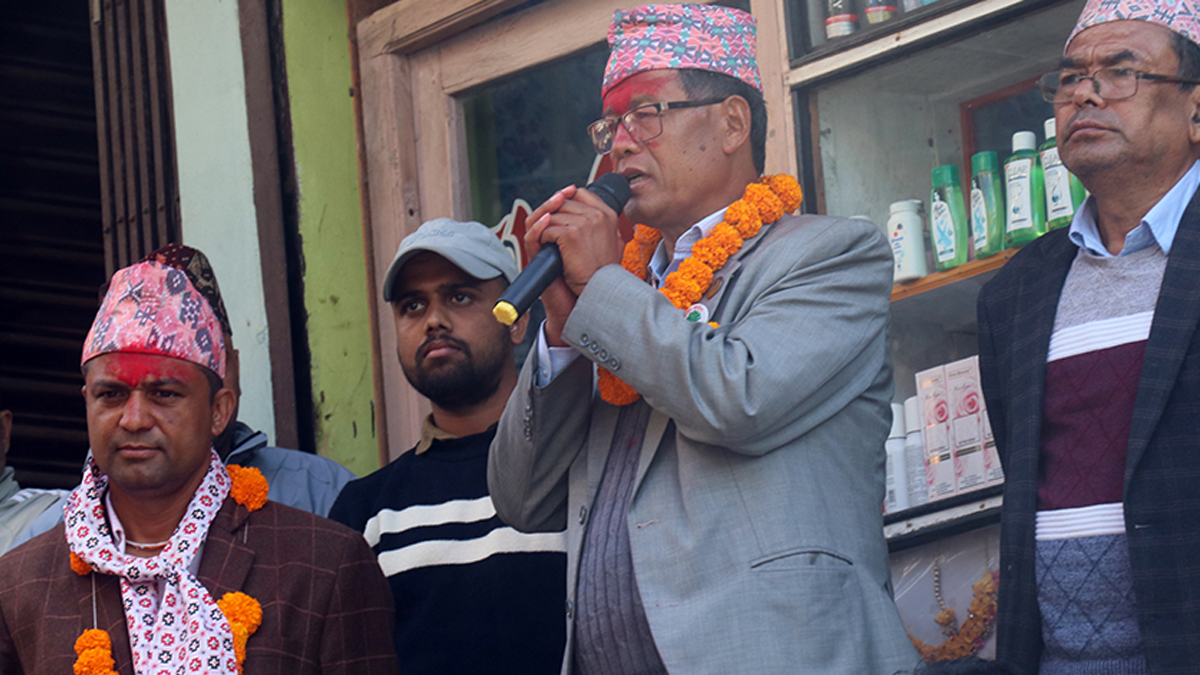 Nepali Congress central Vice President Dhanaraj Gurung has asserted that an end to corruption and the establishment of good governance are his major election agenda.

Gurung, who is contesting in the House of Representatives (HoR) elections from the Syangja constituency-2 on behalf of the left-democratic alliance, underlined the need of fighting corruption and its promoting factors as the prime need of the hour.

In his address to an election gathering at Galyang of Syangja today, the leader said development and the establishment of good governance would remain unachievable until the total prevention of corruption.

As shared by the leader on the occasion, upgrading the Siddhartha Highway into a ‘dedicated two-lane highway’, construction of an advanced medical facility in the district, initiations for the development of education and health sectors, and for policy-level and legal transformations, promotion of entrepreneurship are among his election agenda. (RSS)