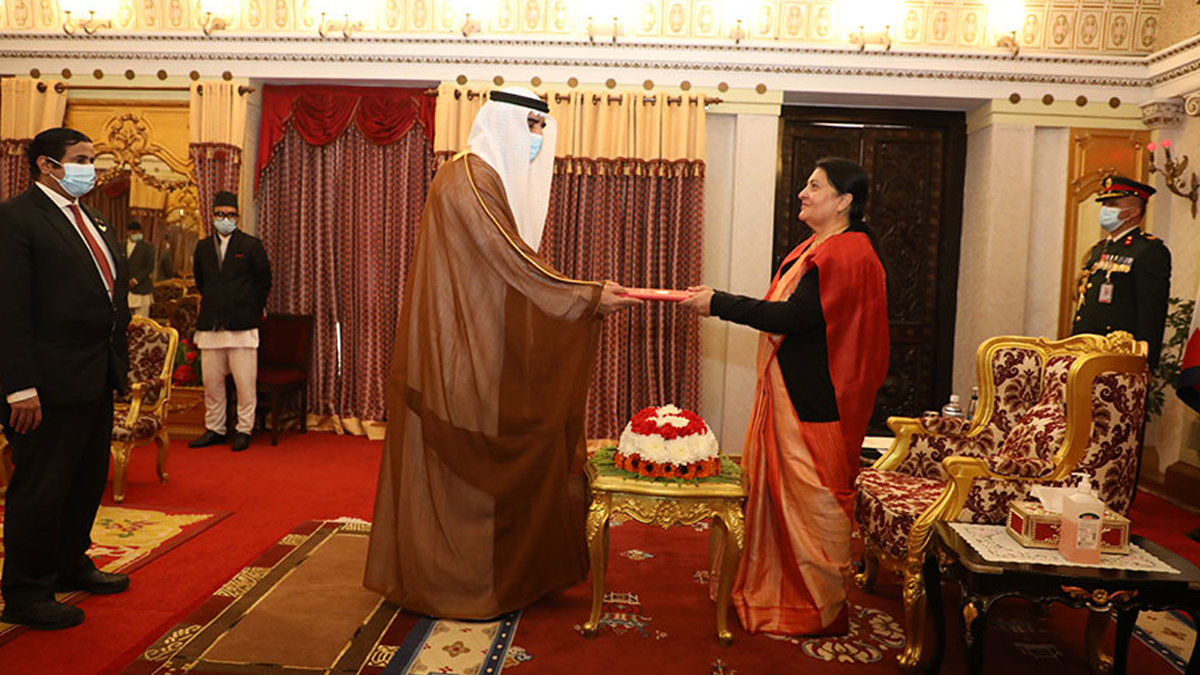 Envoys from three countries, including UAE, presented their credentials to President Bidhya Devi Bhandari on Tuesday, according to President’s office.

They separately submitted their respective credentials to President Bhandari in a special ceremony at the official residence of the President, Sital Niwas.

According to Sagar Acharya, spokesperson for the President’s Office, Ambassador of UAE Abdulla Bin Jarwan Al Shamsi, Ambassador of the United Republic of Tanzania Anisa Kapufi Mbega, and Ambassador of Serbia Sinisa Pavic, presented their credentials to President Bhandari.

Among them, one is a resident, and two are non-resident ambassadors for Nepal. The envoys reiterated their commitment to work closely to strengthen their ties with Nepal.