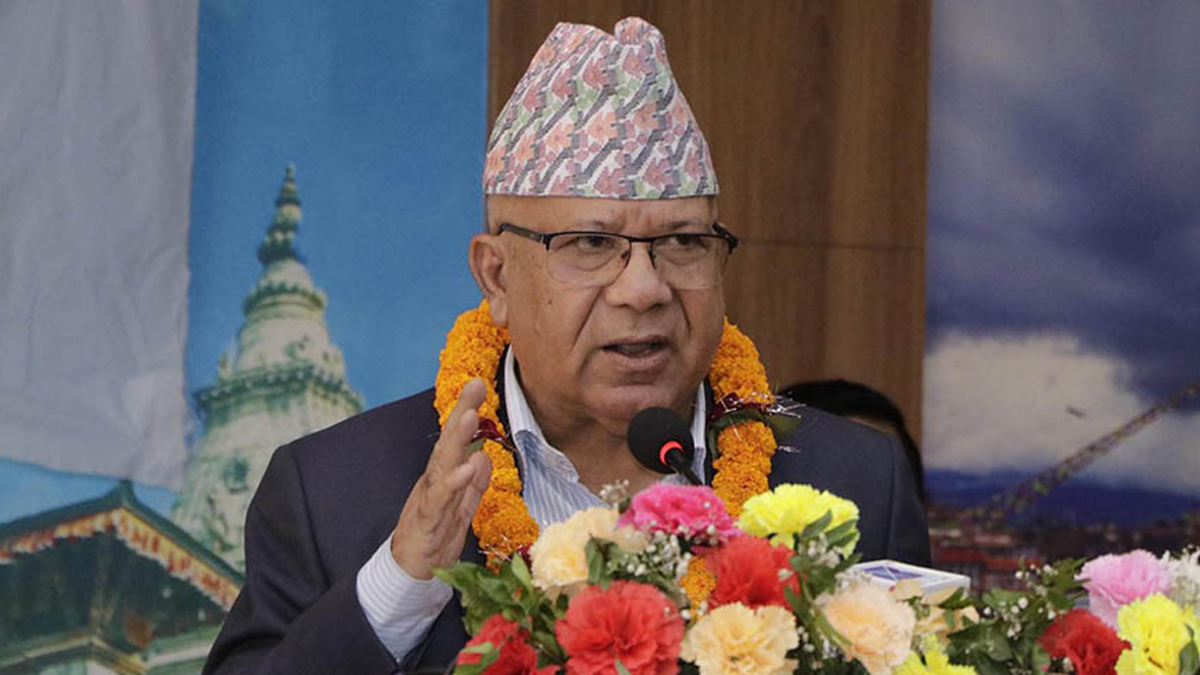 CPN (Unified Socialist) Chairperson Madhav Nepal has said the existing political alliance is meant for the stability of the republic and the protection of the Constitution.

In his address to a gathering of leading cadres of the left-democratic alliance in Lalitpur today, the leader said the alliance was formed against that person who dared to dissolve the House twice and disrespect the Constitution.

The leader took time to argue that collaboration among the leftist and democratic forces was a long tradition and such an alliance was able to overthrow the autocratic Rana regime, the Panchayat system and the monarchy.

He further stressed the need of cultivating a culture of cooperation and collaboration among the left-democratic forces to establish a system and secure a victory in the elections. (RSS)