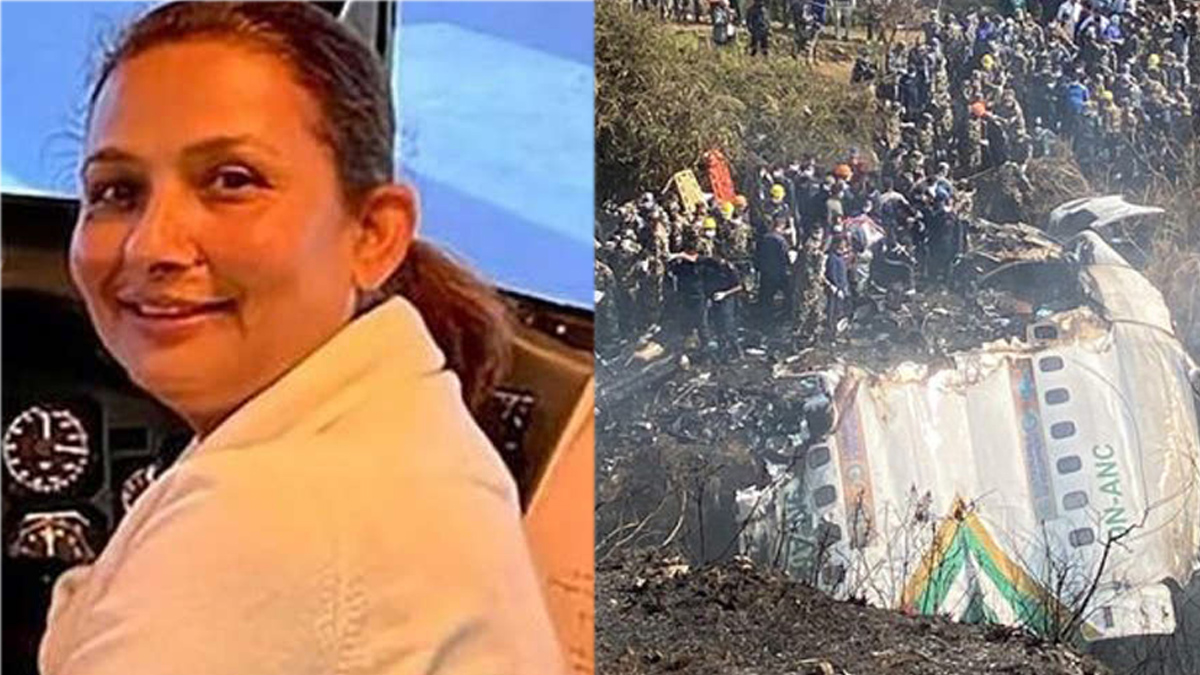 Determined to pursue dream of her husband, who died in a plane crash in 2006, Anju Khatiwada took up aviation by giving up her nursing career.

After years of pilot training in the United States, she prepared herself for the job. Upon return to Nepal, she took up aviation for the Yeti Airlines back in 2010, the same airlines for which her husband worked before his death in its plane crash.

However, fate had something else in store for her, as she faced the same fate as her husband (Dipak Pokharel). She was among 72 passengers and crew members who were killed in the crash of the Yeti Airlines plane she was co-piloting in Pokhara on Sunday. The ATR 72 aircraft flew from Kathmandu to Pokhara crashed into the Seti River gorge about two kilometers away from the landing strip at the Pokhara Airport.

Following her death in the tragedy, her kith and kin at Chandanichowk Tinkune in Biratnagar-5 are in shock and tears. Shocked by her death, Anju’s grandmother Subhadra, 89, is in tears. She is continuously crying and has left taking food since her death, said a family member.

“My granddaughter (Anju) had much courage and was determined,” said Subhadra with tears rolling down her cheeks. She had met with her just 15 days before the crash. During the meeting, she had asked her to visit her with her husband (second) on Maghe Sankranti, one of the Hindu festivals that fell on Monday the day after the crash this year. “The invitation remained unfulfilled,” she wailed.

Anju liked pulau (a rice dish), and fried potato, she said, adding that she erected a concrete house for her parents. She would prefer to stay nights with her parents in Biratnagar when her flight halted.
She was raised by Shubhadra when her father and mother were busy with their work, and she had a friendly relation with her.
Anju took up all management work to organise shraddha, an annual ritual after death, for her grandfather Bednath that fell on 2 August, 2022, said her aunt Pramila Subedi.

Her uncle Punya Prasad remembered her as a nice, friendly and kind-hearted woman. She talked with her father Gobinda Raj and mother Indira on the phone in the morning the same day on Sunday, the fateful day for her, he said.