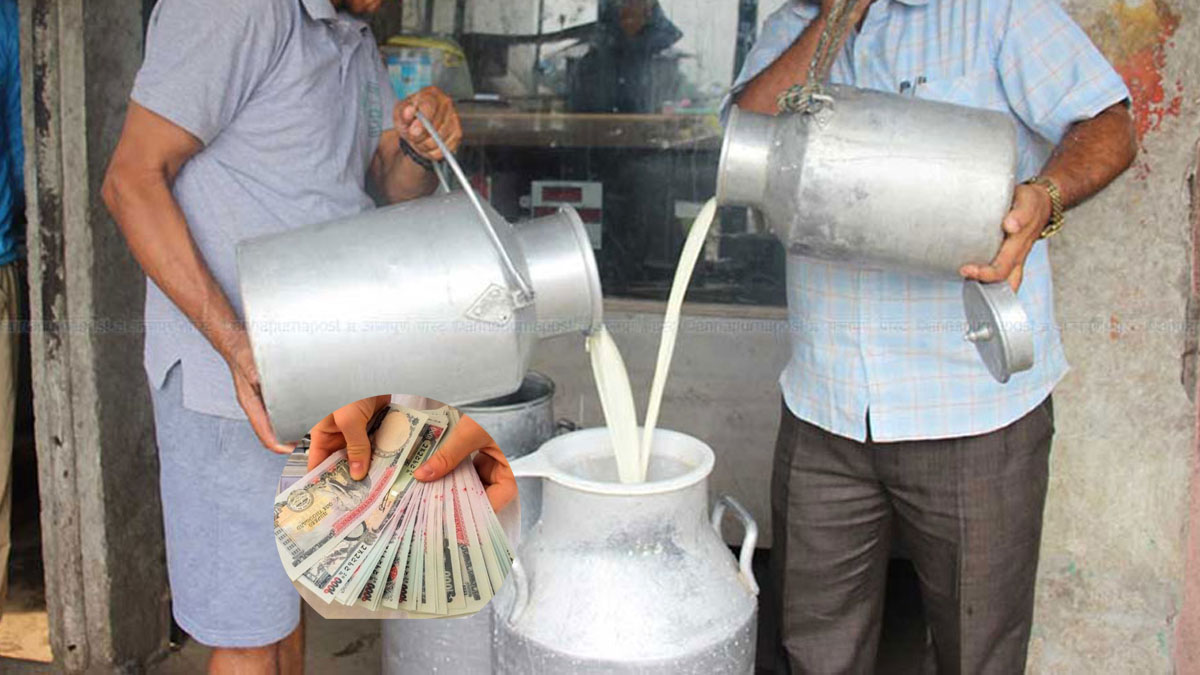 Farmers of Chitwan have demanded rise in the milk price.

Organizing a press meet in Bharatpur on Sunday, they called for increasing the unit price in proportion to the rise in the investment. Farmers have demanded increase by Rs 14 per liter.

Central chairperson of National Commercial Livestock and Milk Producers Farmers Society Ananda Neure said milk price should be increased in a way that farmers get additional Rs 14 per liter.

Noting that farmers could not meet the investment due to hefty rise in the price of feed and straw, he said farmers would be compelled to abandon the profession if the unit price of milk was not increased.

He also called for the government arrange farmer identity card and provide subsidy as per the need. “The State should provide 80 percent subsidy for the development of physical infrastructure of the agriculture and milk related cooperatives and commercial firms”.

Chairperson Neure further noted that the agriculture loan should be further effective.

Advisor to Farmers Society Bhagirath Timilsina said the milk price was not as expected and livestock sector was on the brink of collapse for farmers being denied of profit subsidy.
He also said farmers are draining to foreign employment every day due to the policy of the State.

According to the Society data, as many as 2.2 million households have become self-reliant on milk production in Nepal.