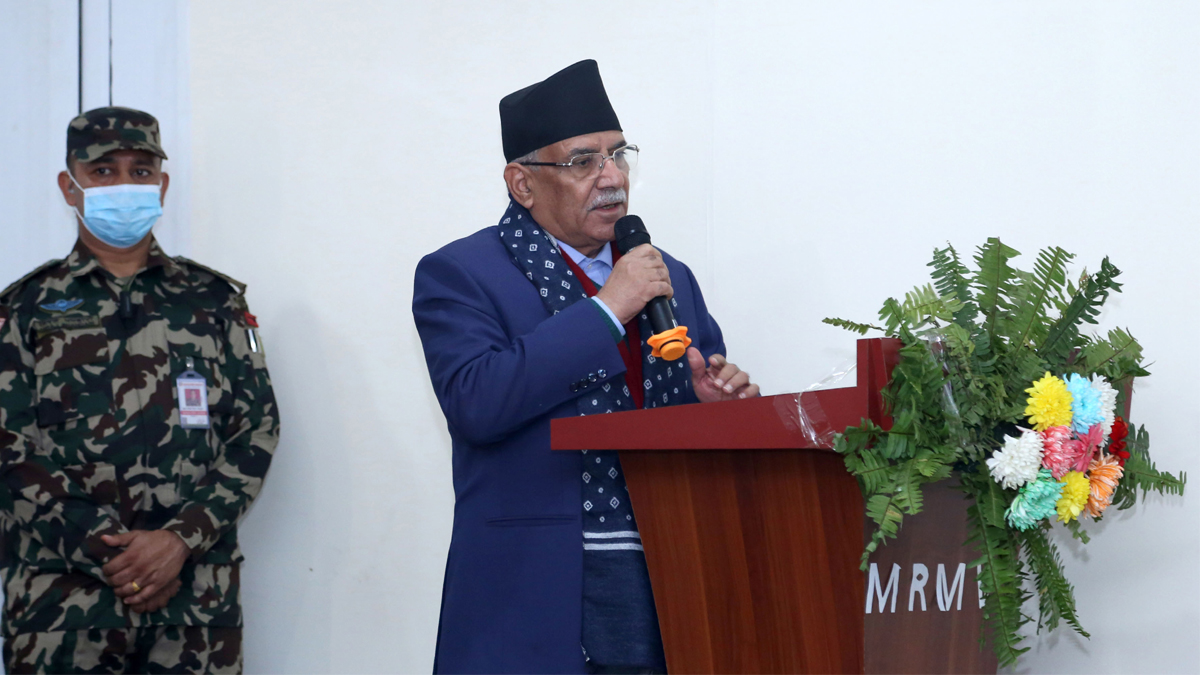 Prime Minister Pushpa Kamal Dahal ‘Prachanda’ has said formulation of federal education act is in the priority of the incumbent government.

Addressing a central committee meeting of United All Nepal Teachers’ Organisation organised here today, Prime Minister Dahal shared that the government was serious to formulate the federal education act. “Most of the problems related to education sector and teachers will be resolved after the formulation of the act”, he opined.

Saying a process to build teachers’ hospital was forwarded to provide health services to teachers across the country during his term, the Prime Minister added, “Its our responsibility to implement it successfully. In addition to this, we have to take initiatives to ensure dignified life of teachers. The government is thinking about this.”

Dahal laid emphasis that the role of teachers in country’s political changes and social transformation was very crucial.

All teachers should feel proud because they have contributed well to increasing social and political awareness, according to him.
On a different note, he viewed, “My third term as PM is both the opportunity and challenge. We must utilise this term in full-fledge. I am aware of staying away from bad work and I will not let it be done. The whole country is watching us with full of hopes. We always must be responsible and serious about addressing these hopes.”

According to him, during his first tenure as PM, he craved a roadmap for a new Nepal. “During my first term as PM, I paved way for development and prosperity. There had been a focus on exempting loans taken by people including farmers, and establishing social justice.During my second term as PM, initiatives were made on implementing the constitution, and laying the foundation stone for economic prosperity and federalism. So, in my third term, the government will work putting social justice, good governance and prosperity in the centre.”