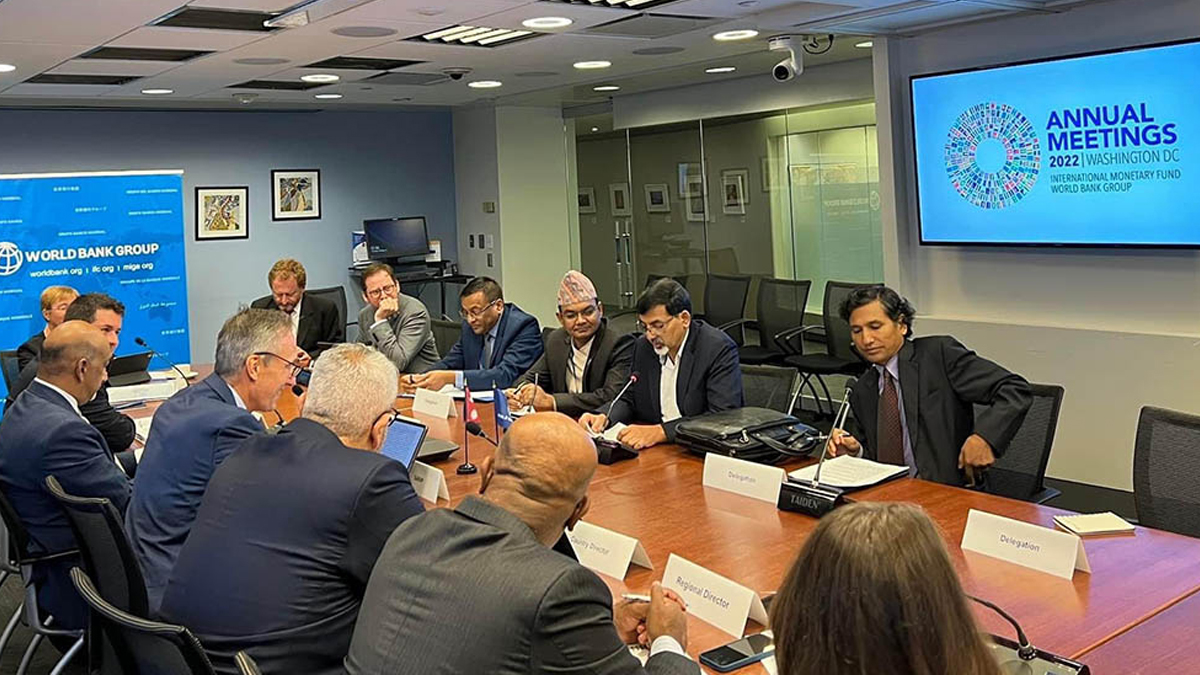 Finance Minister Janardan Sharma has urged the World Bank to place Nepal on priority in its several initiatives such as the conservation of the mountainous regions, economic revival of rural areas, and green corridors along river banks.

In a meeting with the World Bank’s Vice-President for South Asia Martin Reiser in Washington DC on Thursday, Finance Minister Sharma made such request.

On the occasion, matters related to the progress of the program run by the World Bank were discussed, the US-based Nepali Embassy informed.

On the occasion, the two discussed on the issue of timely completing the MCC project in Nepal. Also present at the meeting were MCC central office officials including Co-Chair of MCC for Europe, Asia, Pacific, and Latin America Jonathan Brooks.