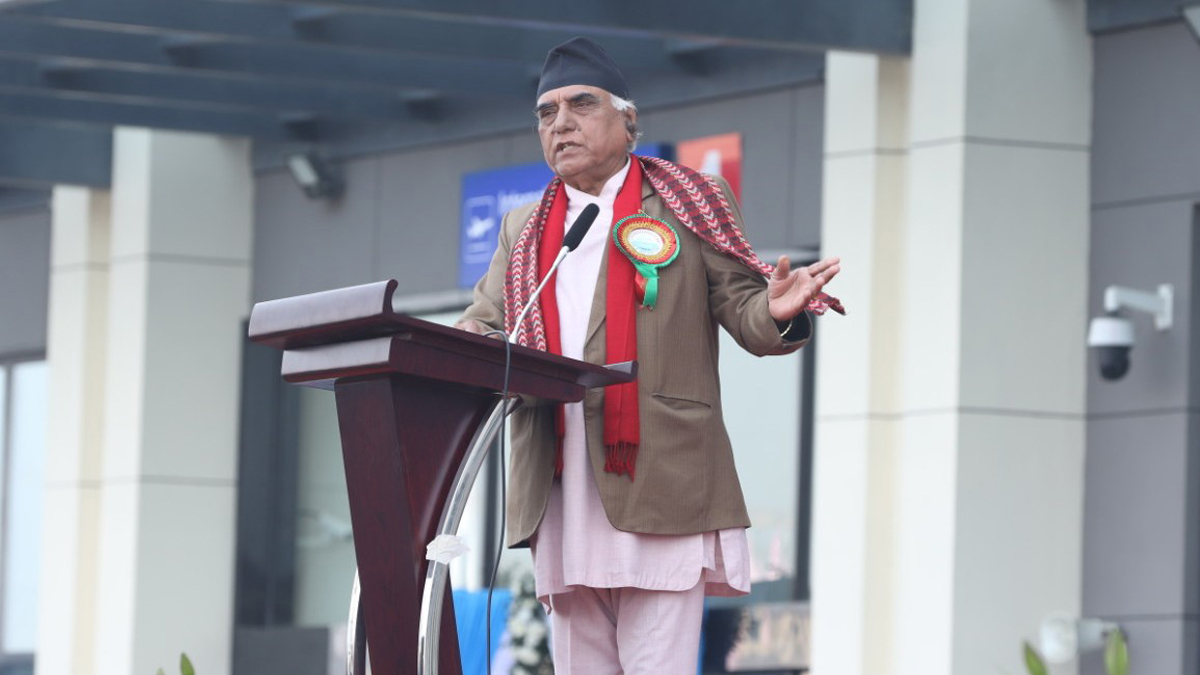 Gandaki Province Chief Minister Krishna Chandra Pokhrel has urged the Chinese government to transform the loan it provided for the Pokhara Regional International Airport construction project into grants. In his address to the inaugural ceremony of the airport here today, the Chief Minister said, “I urge the government of China through the Chinese Embassy here to convert the 75 percent of the total loan into grants.”

It may be noted that some Rs 22 billion had been taken as a loan from the Exim Bank of China for the project implementation.

On the occasion, the Chief Minister said with the completion of the project, the 47-year-long dream of Pokhara folks had come true. He thanked the entire people of Pokhara, Shankar Raj Pathak who had conceptualised the project and all those who contributed to making it possible.

As he said, in first phase, the airport should have its services for the South Asia and for the Western countries in the second phase. He hoped the tourist arrival in the town would significantly increase with the operation of airport. “Now Pokhara should focus on lengthening the tourist stay at least for 15 days.

He added that an assembly hall and a cricket ground with international standards were also the need for Pokhara, urging Prime Minister Pushpa Kamal Dahal ‘Prachanda’ to allocate the budget for the same.