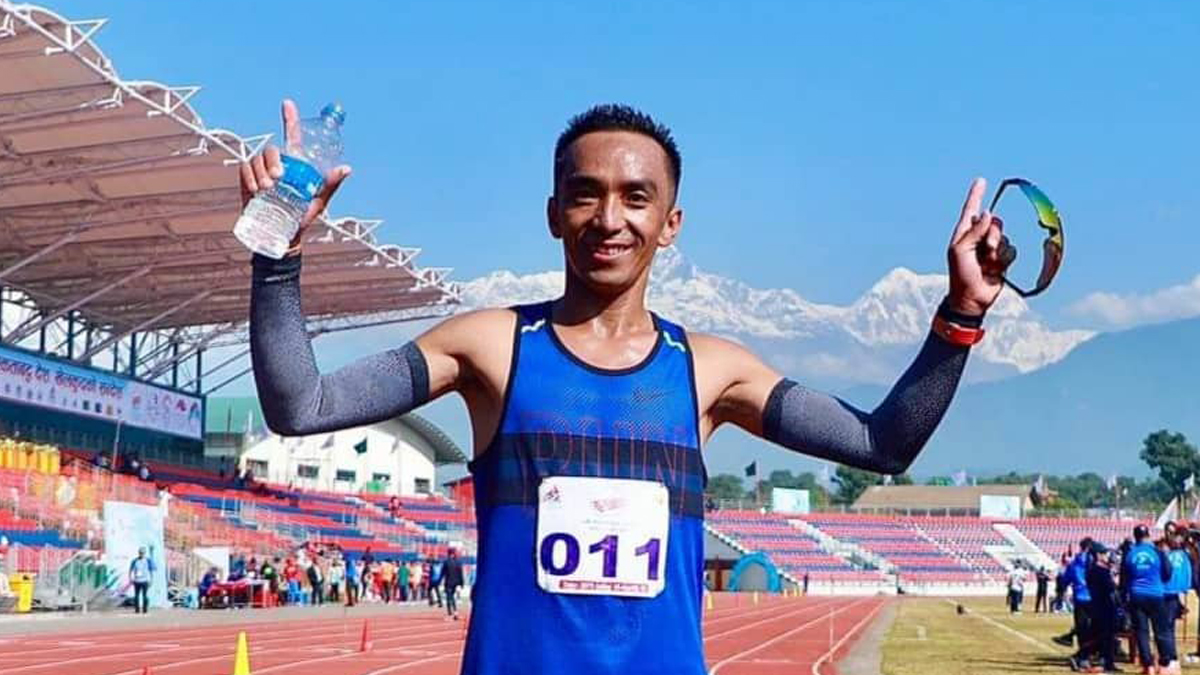 Anish Thapa Magar of Gandaki Province has clinched the gold medal in the marathon towards the men’s category held today under the Ninth National Games.

The Indian Army, Anish, is from the Parbat district. He became champion by completing a 42.195-kilometer distance in 2 hours 22 minutes and 54 seconds.

Similarly, Krishan Basnet of the Nepali Army and Santosh Bikram Bista of the Armed Police Force got silver and bronze medals respectively. A total of 18 athletes participated in the marathon.