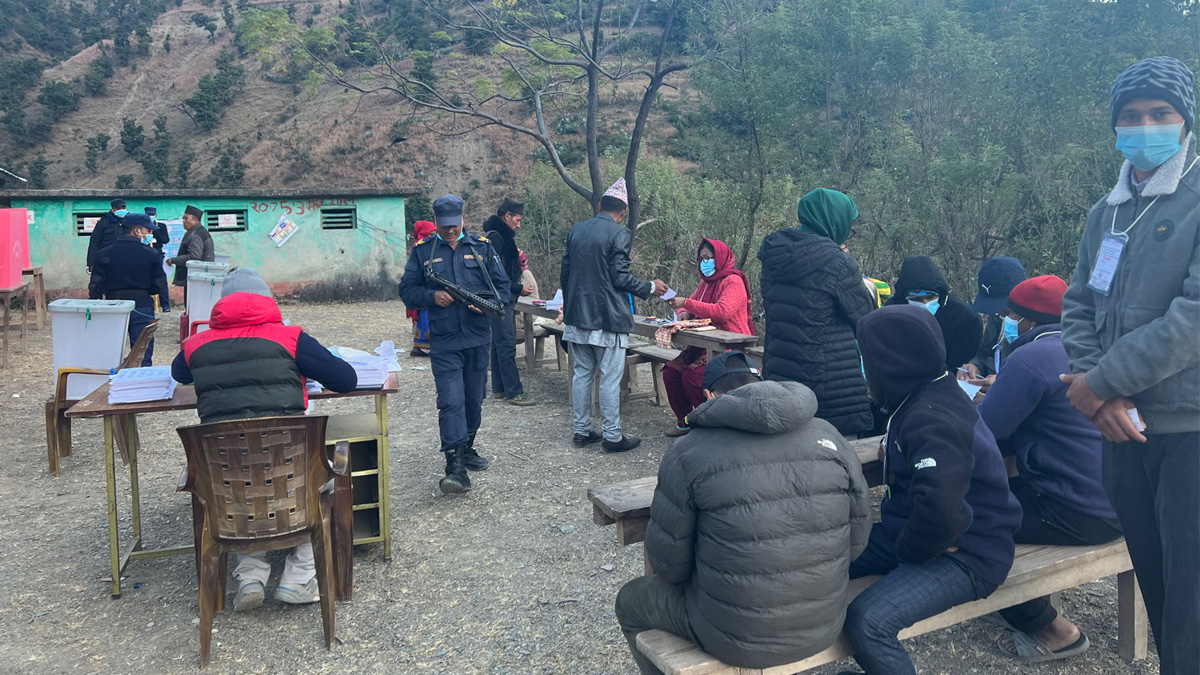 The voter turnout in today’s parliamentary election has remained at less than 61 per cent, according to the preliminary report of the Election Commission (EC).

The EC has said that the elections were held peacefully sparing some sporadic incidents. A total of 17,988,570 voters were registered at the Election Commission. There were altogether 22,227 voting centres in 10,892 polling stations set up for the election to the House of Representatives (HoR) and Provincial Assembly.

According to the EC, information on voter turnout is being registered in the EC’s entry system. The EC shared that voting was postponed in 15 polling centres in Surkhet, Nawalparasi (Susta Purba), Gulmi and Bajura among others despite the EC’s efforts to hold the polls peacefully and conveniently.

A civilian died in a confrontation that occurred in Bajura district during voting while some civilians were injured in other places, the EC said. Earlier today, the EC had issued a directive to all Chief Returning Officers to carry on with the voting and not to publish notice of postponement of the polling till 5:00 pm in some poling centres where the voting was postponed for some time owing to slight disputes.

In the directives, the EC had asked the election officers to publish the notice about postponement only after obtaining prior permission from the EC. Appropriate arrangements will be put in place for re-election in the polling centres where the voting was postponed or canceled within two days, the EC said.

The EC has expressed its gratitude towards the Government of Nepal, provincial governments, local levels, election officers, local administration, election staffers, security personnel, political parties, candidates, voters, observers, international community, the media and private sector among all for playing a role in the historic task of conducting the elections.

The Chief Returning Officers and Returning Officers will be held accountable to resolve the issue or ambiguity that could rise while vote counting and the EC would promptly address the queries of the officials, Chief Election Commissioner Thapaliya shared. Meanwhile, the ballot boxes of the polling centres where the voting were successfully held are being transported to the Office of the Returning Officers from today evening, according to the EC.

Vote counting will begin in the Kathmandu Valley and other places from tonight after the ballot boxes arrive in the given places. Forging consensus among the political parties will be considered for the same, the Commission said.