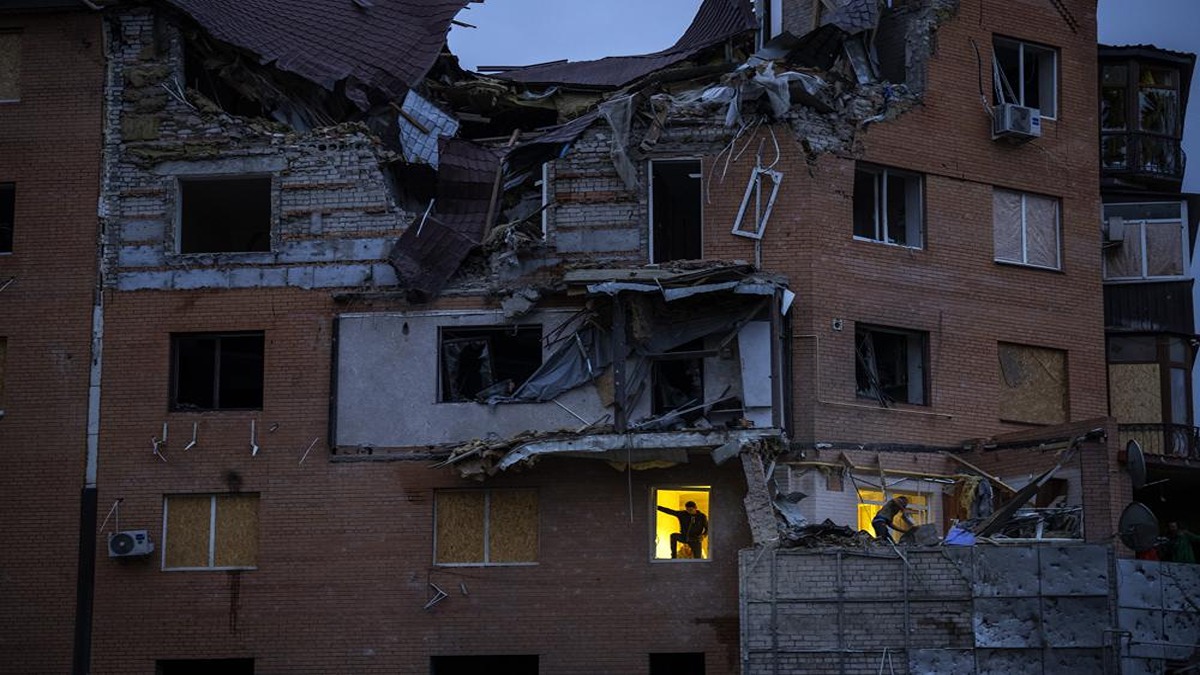 Germany’s president visited Kyiv Tuesday for his first visit to Ukraine since the start of Russia’s invasion, a trip that comes amid Moscow’s unsubstantiated warnings of a “dirty bomb” attack as the conflict enters its ninth month.

President Frank-Walter Steinmeier said after visited that “it was important to me in this phase of air attacks with drones, cruise missiles and rockets to send a signal of solidarity to Ukrainians,” German news agency dpa reported.

Steinmeier’s spokesperson, Cerstin Gammelin, posted a picture of him in Kyiv on Tuesday. “Our solidarity is unbroken, and it will remain so,” she tweeted.

The German president, whose position is largely ceremonial, made it to Ukraine on his third try.

In April, he was planning to visit the country with his Polish and Baltic counterparts, but said his presence “apparently … wasn’t wanted in Kyiv.” Steinmeier has been criticized in Ukraine for allegedly cozying up to Russia during his time as Germany’s foreign minister.Last week, a planned trip was put off because of security concerns.

Steinmeier’s visit comes as Ukrainians are bracing for less electric power this winter following a sustained Russian barrage on their infrastructure in recent weeks. Citizens in the southern city of Mykolaiv lined up for water and essential supplies Tuesday as Ukrainian forces advanced on the nearby Russian-occupied city of Kherson.Ukrainian authorities tried to dampen public fears over Russia’s use of Iranian drones to strike the country’s infrastructure, claiming increasing success Monday in shooting them down.

Ukraine’s forces have shot down more than two-thirds of the approximately 330 Shahed drones that Russia has fired through Saturday, the head of Ukraine’s intelligence service, Kyrylo Budanov, said Monday. Budanov said Russia’s military had ordered about 1,700 drones of different types and is rolling out a second batch of about 300 Shaheds.

Although Russia and Iran deny that the Iranian-built drones have been used, the distinctive triangle-shaped Shahed-136s have rained down on civilians in Kyiv and elsewhere.

Britain’s Ministry of Defense said Russia was likely to use a large number of drones to try to penetrate the “increasingly effective Ukrainian air defenses” — to substitute for Russian-made long-range precision weapons “which are becoming increasingly scarce.”That assessment came on top of a stark warning by Russian Defense Minister Sergei Shoigu to his British, French, Turkish and U.S. counterparts over the weekend that Ukrainian forces were preparing a “provocation” involving a radioactive device — a so-called dirty bomb. Britain, France, and the United States rejected that claim as “transparently false.”

A dirty bomb uses explosives to scatter radioactive waste in an effort to sow terror. Such weapons don’t have the devastating destruction of a nuclear explosion, but could expose broad areas to radioactive contamination.

Russian Foreign Minister Sergey Lavrov emphasized that “it’s not an unfounded suspicion, we have serious reasons to believe that such things could be planned.”

Ukraine has rejected Moscow’s claims as an attempt to distract attention from its own plans to detonate a dirty bomb. German Defense Minister Christine Lambrecht on Monday dismissed as “outrageous” the Russian claim that Ukraine could use a dirty bomb.

The White House on Monday again underscored that the Russian allegations were false.

“It’s just not true. We know it’s not true,” John Kirby, a spokesman for the National Security Council, said. “In the past, the Russians have, on occasion, blamed others for things that they were planning to do.”Ukrainian President Volodymyr Zelenskyy suggested that Moscow itself was setting the stage for deploying a radioactive device on Ukrainian soil. He also urged citizens to conserve their use of electricity, as an estimated 30% of the country’s power plants have been destroyed or badly damaged in recent weeks.

“Now is definitely not the time for bright storefronts and signs,” he said. (AP)