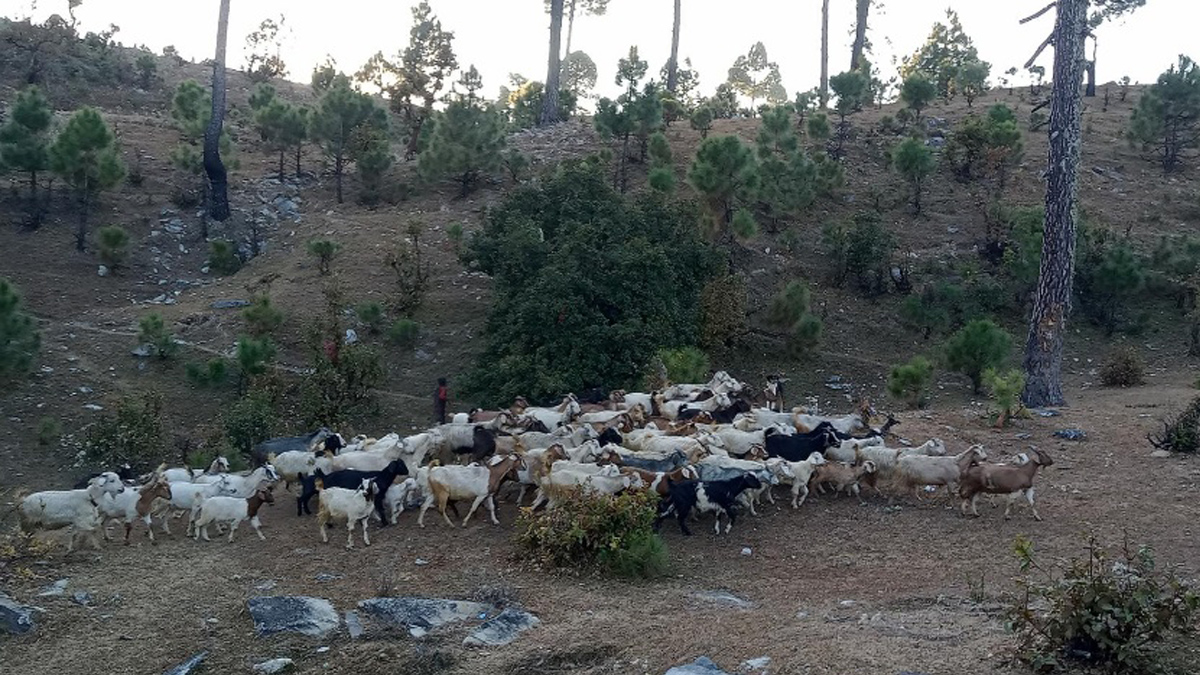 Bharat Bahadur Bista, a farmer of Jayaprithvi municipality, Pades has earned up income amounting to tens of million rupees from goat-keeping.

Initiated the business from two goats, he has now possessed two sheds full of goats. Bista family had been residing at Pungar (located at a high altitude) since fourth generations of his ancestors and adopted goat-keeping profession since the past three decades.

In the area which is merely one-and-a-half hour away from the district headquarters, Bista family is selling four-five castrated goats every month. “I had only a mother and a baby goat in the beginning. Now I have over a dozen goats in two years since I adopted the profession”.

Annually he is having a financial transaction of minimum 55 goats. “I never had to go back in my life after my transactions grew with goat-farming profession. I am selling at least four goats every month which is adequate to manage expenses for our livelihood.

He however said that it was difficult to protect goats from tiger and jackals. “There is no loss from goat keeping”, he said, adding it has good market.

Along with goats, he has also been rearing other cattle such as buffalo, cow and ox. “The cattle are my capital. I fully devote my time to rear them. I am connected to the outer world only through radio”.

He said that Pungar has become a boon for his family to eke out livelihood. “We go to Chainpur to sell our surplus yields of vegetables and fruits”, he narrated. The road access has made it easier for them to run their small business, he said.