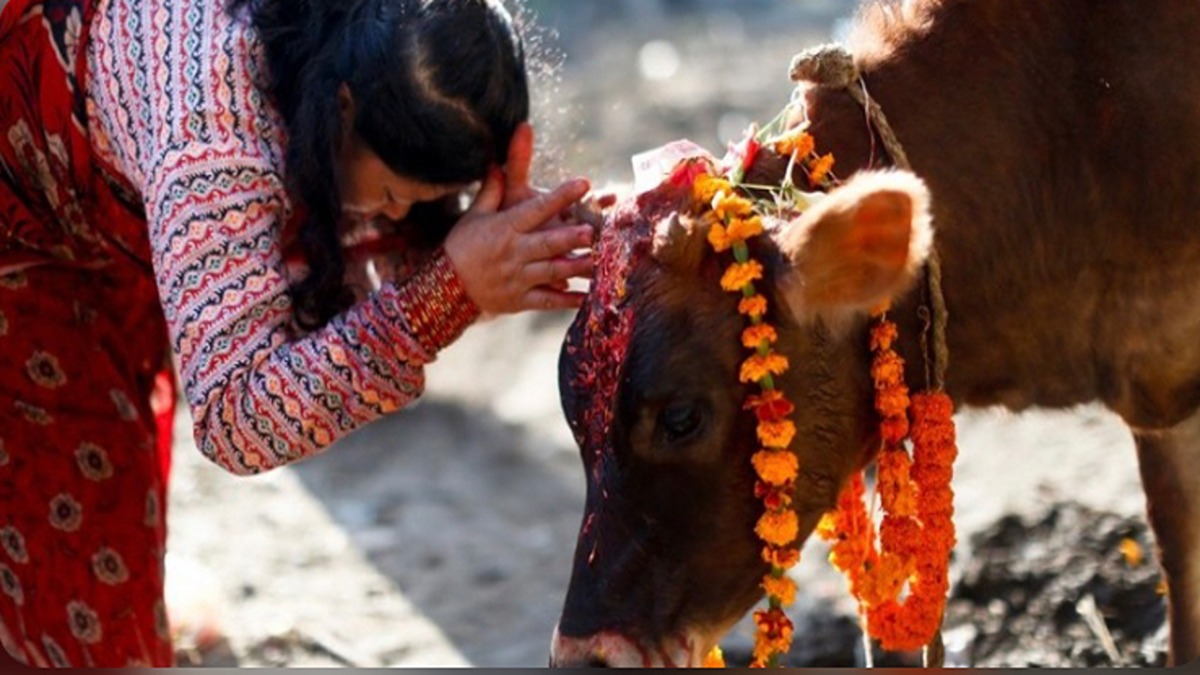 Goru Pooja or ox worship and Govardan Pooja are being observed throughout the country today on the fourth day of the five-day-long Tihar festival, the second biggest festival of Nepalis.

The Govardhan Pooja rituals are being observed today with the replicas of the Govardhan Mountain made out of the cow dung. People prepare a mixture of the cow dung and ochre formed into a paste and apply on the courtyard of their homes and on the floors today.

The rituals are linked to the Hindu God Sri Krishna who, according to the legend, lifted the Govardhan Mountain by his hand and protected the people of a place called Gokul from torrential rains caused by an enraged Indra, the God of rain.

It is believed that the rain God was angered and thereby caused the heavy downpour.

Similarly, the ox is also worshipped today as it is a very useful animal in different agricultural works in Nepal which is a predominantly agricultural society.

The ox is offered delicacies on the occasion out of respect for its significant role in ploughing the fields for cultivation and its service to humans. The ox is also taken as the vehicle of Lord Mahadev and worshipped on this day.

Likewise, the Hali or the person who ploughs the agricultural land with the help of oxen and the tiller peasants are also recognized on this day by offering them with delicacies. Therefore, the day is also known as ‘Hali Tihar’.  (RSS)