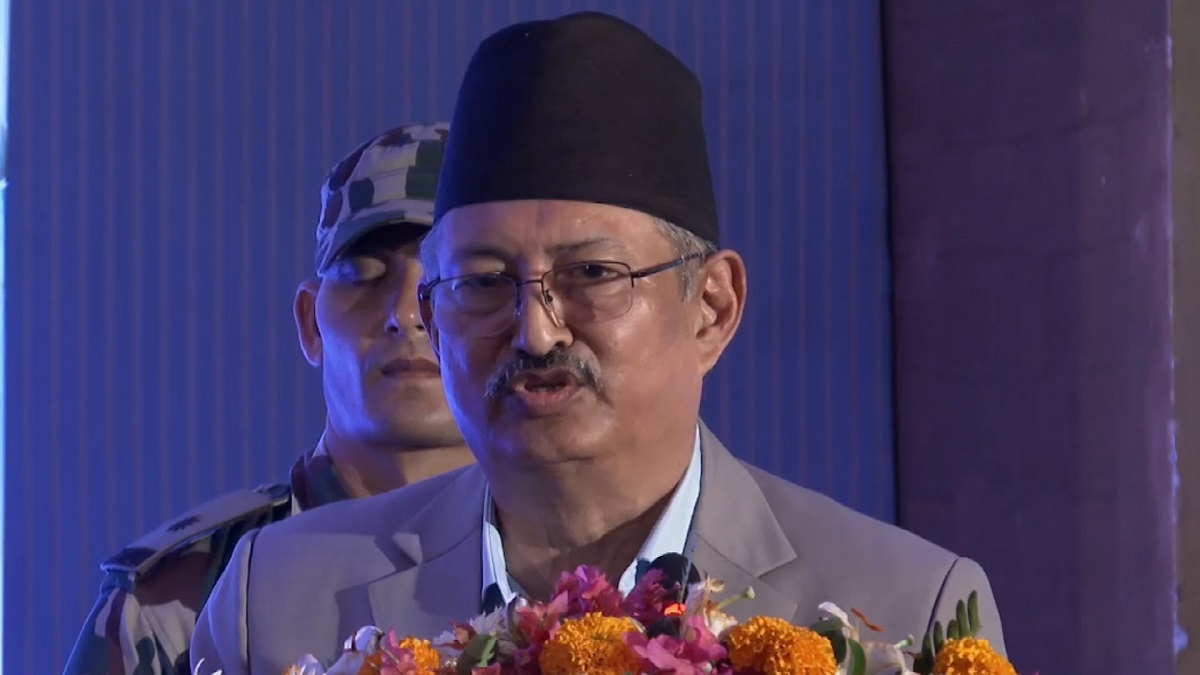 Home Minister Bal Krishna Khand has said the incumbent government was committed to providing citizenship to the Non-Resident Nepalis (NRNs) as per the constitutional provision.

Minister Khand also urged the NRNs to bring in their skills, investment and capital earned abroad, while assuring the NRNs of the investment returns.

Also speaking at the event, Secretary at the Ministry of Foreign Affairs Bharat Raj Paudyal said the government has accorded priority to the NRNA and the government in its policy and program has aimed at establishing cooperation with NRNA and mobilizing its contributions.

Likewise, Senior Vice President of the Federation of Nepalese Chambers of Commerce and Industry Chandra Dhakal praised the cooperative efforts of the NRNA with the private sector.

On the occasion, Executive Chairperson of NRNA Rabina Thapa, NRNA Chairmen Kul Acharya, and Dr. Badri KC called for the formation of investment-friendly laws, voting rights, and others to the NRNs.