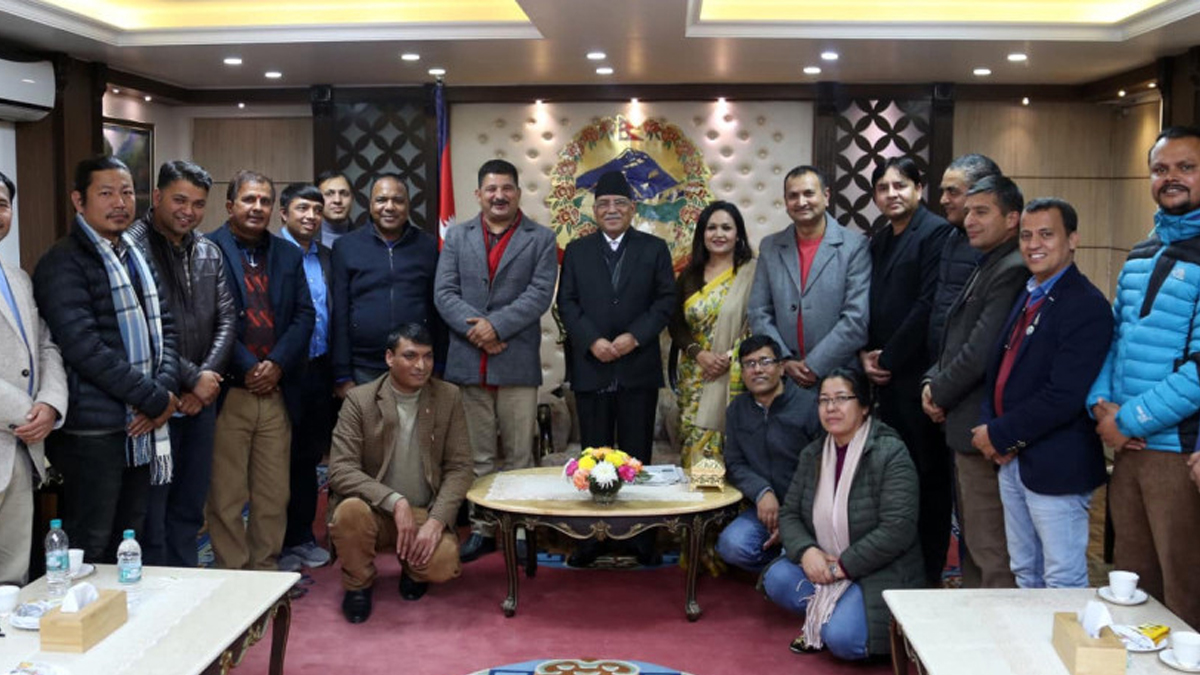 Prime Minister Pushpa Kamal Dahal ‘Prachanda’ has said government is sensitive to press freedom and journalists’ rights. Government is ready to move ahead by collaborating with Federation of Nepali Journalists (FNJ), he added.

In a meeting with a Federation of Nepali Journalists delegation at his official residence in Baluwatar today, he expressed the readiness of the government collaborate with the FNJ.

He reminded that he had taken the premiership with the resolution to do something new to the country, so he was aware to not allow happen anything bad during his term.

In the meeting, FNJ President Bipul Pokharel wished that the third term of Prime Minister Dahal would be exemplary in terms of good governance, development and prosperity as well as freedom of press and expression. He urged the Prime Minister to focus on press and freedom of expression in policies, laws and practices.

Pokhrel also urged the PM to formulate law and policies by keeping in mind the press freedom.

Along with FNJ President Pokharel, the delegation comprised advisors and office-bearers as well as members of the FNJ central committee. The FNJ delegation congratulated PM Dahal in the meet.