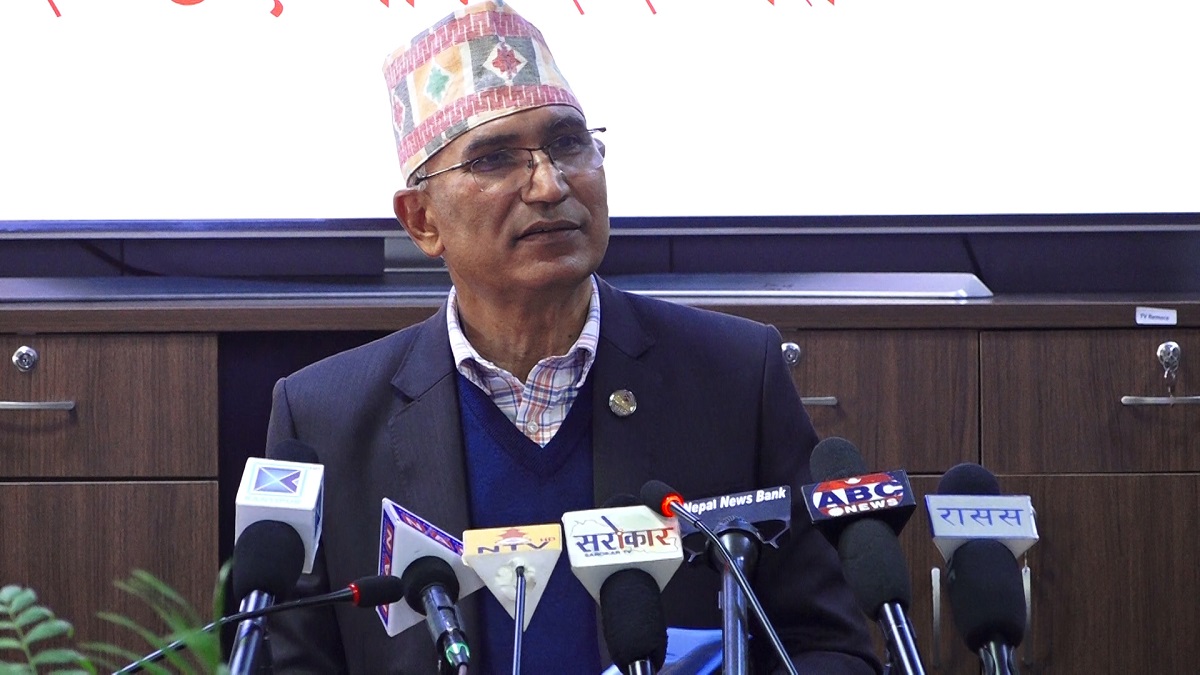 The government has decided to set up a customs office at Pokhara International Airport.

Deputy Prime Minister and Finance Minister Bishnu Poudel said the meeting of the Council of Ministers on Thursday decided to give prior approval for conducting the ‘organization and management (O&M) survey for managing the required human resources for the optimum use of the airport.

Stating that the responsibility of managing the project in an effective manner and of creating a condition by which the nation would be maximally benefitted from it has fallen on the shoulder of the government, DPM and Finance Minister said a decision has been made to establish a customs office, an important task that has to be carried out for the maximum utilization of the airport.

The Pokhara International Airport is a project of national priority. Prime Minister Pushpa Kamal Dahal ‘Prachanda’ inaugurated the airport on January 1. This airport is constructed with loan cooperation provided by China.

DPM Poudel, who is also the government spokesperson, said during a news conference held today at the Ministry of Finance to make public the decisions of the Council of Ministers that Pokhara International Airport has been constructed in time despite the COVID-19 pandemic.

The meeting also decided to determine February 8 as the date for the election to the vacant post of the National Assembly.

Spokesperson Poudel shared that the government has informed the Election Commission by determining the date of the NA by-election.

The government also decided to provide Rs 1 million in financial assistance each to the family of Sanjeev Aidi and Chetan Dev Aidi. Both of them died in course of a clash that took place during the election to the House of Representatives and Province Assembly held on November 20.

Similarly, the meeting took the decision to take necessary initiatives to repatriate the body of Nirakar Pandey of Birtamod municipality to Nepal, who died in a fire that took place in a casino in Cambodia.

Spokesperson Poudel said the Cabinet also decided to bear all the expenses of the repatriation of the body of Nirakar to Nepal.

Prime Minister Dahal before the Cabinet meeting on Thursday had met the family members of Nirakar and expressed commitment to take initiative to repatriate the body to Nepal.