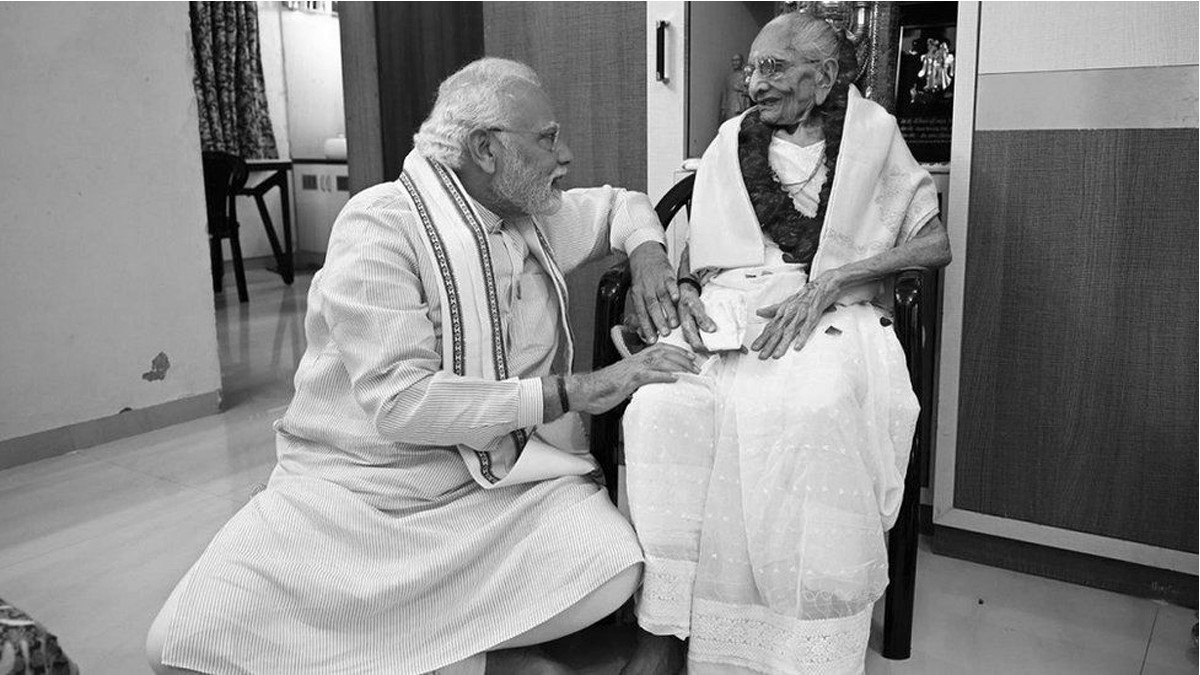 She passed away at the UN Mehta Institute of Cardiology and Research Centre in Ahmedabad where she was admitted on Wednesday after her health deteriorated.

“Hiraben Modi passed away on December 30, 2022 at 3:30 am during treatment at the UN Mehta Heart Hospital,” a medical bulletin said.

PM Modi and Heeraben were last seen together in public on 4 December when Mr Modi visited her house during the assembly election in Gujarat, his home state.

Heeraben lived with Mr Modi’s younger brother and his family.

Several politicians and ministers have expressed sorrow over her death on social media.

Heeraben was born in Visnagar in Gujarat’s Mehsana district in 1923.