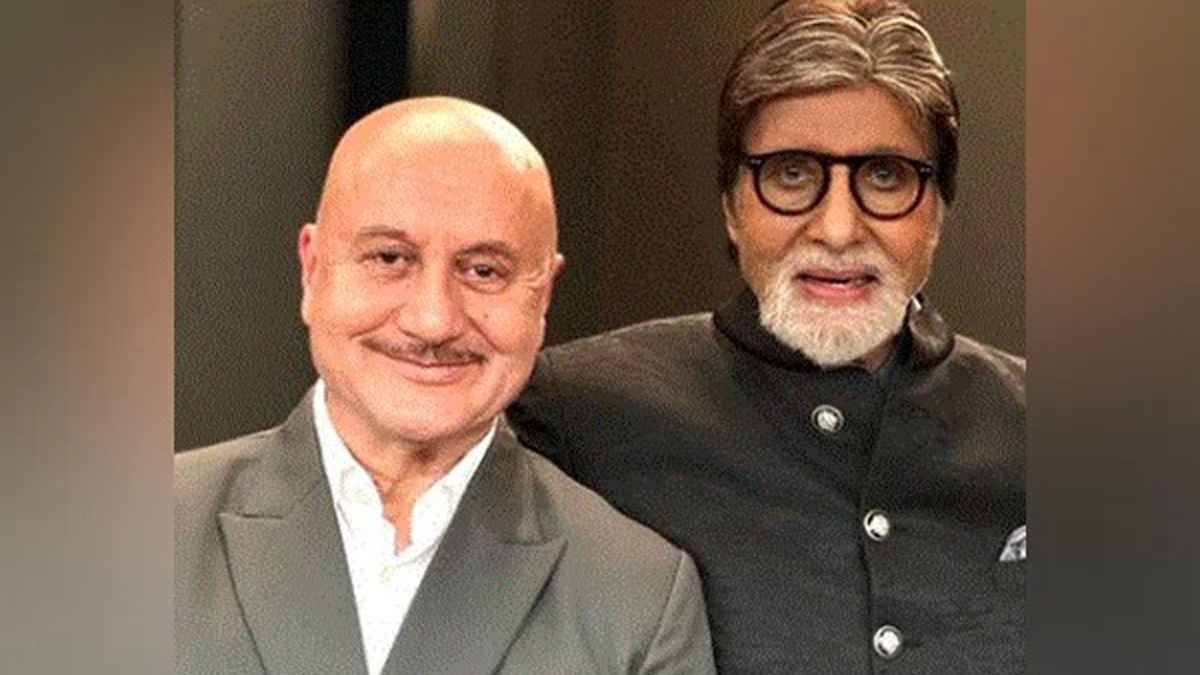 As megastar Amitabh Bachchan turned a year older on Tuesday, people across the world have taken to social media to celebrate his birthday. Many fans even went outside his house in Mumbai to catch a glimpse of him.

Like many other admirers, veteran actor Anupam Kher also did not miss a chance to extend his heartfelt greetings to Big B on his special day. Kher penned a heartwarming post for Amitabh on Instagram.

Alongside the note, Kher dropped a string of images with Big B.

Amitabh and Kher have worked together in films like ‘Akhree Rasta’, ‘Bade Miyan Chote Miyan’, ‘Paheli’, and ‘Mohabaatein’ among others. The two are reuniting after several years for Sooraj Barjatya’s film ‘Uunchai’.

‘Uunchai’ is slated to be released on November 11 this year. The film tells the story of the friendship between Boman Irani, Amitabh, and Anupam Kher’s characters. It also stars Neena Gupta, Sarika, and Parineeti Chopra in lead roles. (ANI)